Autodesk product enables optimization of rendering and much more.

Autodesk product enables optimization of rendering and much more. 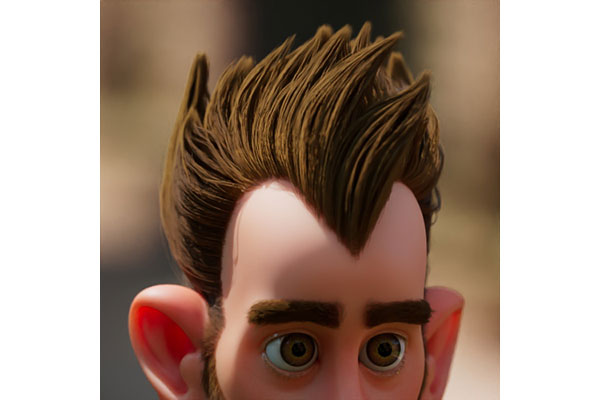 This update also contains sharper textures when seen through glass or in reflections and more consistent behavior in ACEScg for melanin in Standard Hair. Image courtesy of Autodesk.

Autodesk shares about its update with Arnold and how to optimize your rendering with this product. In this update, Arnold brings new and improved volume rendering controls, support for more features in Hydra and USD, and enhancements to help you render high-quality 3D images faster.

Arnold is an advanced cross-platform rendering library, or API, used by a number of prominent organizations in film, television and animation, according to Autodesk. It was developed as a photorealistic, physically-based ray tracing alternative to traditional scanline based rendering software for CG animation.

The Arnold architecture was designed to easily adapt to existing pipelines. It is built on top of a pluggable node system; users can extend and customize the system by writing new shaders, cameras, filters, and output driver nodes, as well as procedural geometry, custom ray types and user-defined geometric data. The primary goal of the Arnold architecture is to provide a complete solution as a primary renderer for animation and visual effects.

Solutions in the Arnold 7.1.4 Update

This update contains many USD improvements and bug fixes in the USD procedural and the Hydra Render Delegate. You can now enjoy Arnold USD support for MaterialX references and nodes in USD scenes. The USD procedural can render Alembic references and payloads, as well as cylinder lights. Arnold USD is available as part of the Arnold plugins and as an open-source project here.

Arnold now enables the automatic generation of optimized TX textures from source textures as part of the rendering process. Using optimized textures is critical for rendering speed and memory usage and having the TX conversion as part of core rendering will help users without a dedicated TX workflow achieve faster renders.

The log window for the Arnold Render View in Arnold for Maya has been enhanced with a new search bar and color highlighting as well as an auto-jump to warnings and errors, available from the status bar.

In Arnold for Maya and Arnold for Cinema4D, you can now save and import presets of imager graphs and individual imagers from the Render View.

In Arnold for Katana, new manipulators for various aspects of Arnold lights have been added to the Hydra-based viewer. Using those manipulators, you can now interactively adjust multiple attributes such as cone angle, radius, and spread on lights in the viewport.

This update also contains sharper textures when seen through glass or in reflections, more consistent behavior in ACEScg for melanin in Standard Hair, a new crash reporting tool, an improved version of the Autodesk Analytics Program, and an updated MaterialX 1.38.5. In Arnold for 3ds Max, standard Object properties are now supported. In Arnold for Houdini, parameters can now be promoted in the material builder.

Celebrating the Union of CAD and CAM
Milestone mergers and partnerships brought design and manufacturing closer.
Printing in the Fourth Dimension
Smart materials and new design capabilities will usher in a generation of self-modifying structures with applicability for medical, aerospace and various other innovative uses cases.
AI and ML Transforming Simulation
Use of artificial intelligence and machine learning algorithms in FEA increase predictive performance, speed up processing time.
Editor’s Picks: December 2-December 8, 2022
One of the picks will be chosen as DE’s Editor’s Pick of the Week.
Quick Electromagnetic Analysis of PCB Design
Autodesk Fusion 360 Signal Integrity Extension by Ansys reduces costs and improves compliance.
Autodesk Company Profile

Editor’s Pick: Multi-system simulation
Elements from Hexagon can examine multiple physics and logic elements in one...