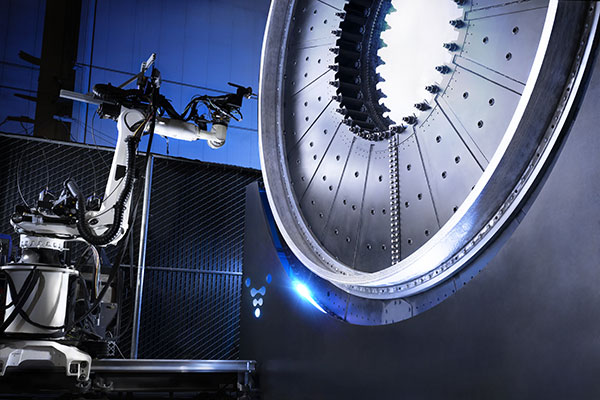 Latest in Prototype and Manufacture

Lighter, more cost-effective aerospace product production through rapid iteration is generated by leveraging Stargate printers and material science advancements developed in Relativity’s in-house metallurgical laboratory, according to the company. Most immediately, Terran R will be the first product in a series of products to benefit from use of lighter materials and a faster production time.

“Large-scale products that are designed to fly will inevitably be 3D printed,” says Tim Ellis, cofounder and CEO of Relativity Space. “The lighter a product is, the better it performs, and when 3D printing that product, it’s also faster and more cost-effective to produce with each successive improvement.

“We see 3D printing as an automation technology that has the power to change the pace of innovation in manufacturing, which is why we’ve invested in building our own proprietary tech stack from day one,” says Ellis. “Stargate printers are designed to unlock rapid iteration, which opens up opportunities for innovation in large-scale manufacturing products.”

“Iteration empowers innovation not only in our rocket design, but also in our own Stargate printers,” says Scott Van Vliet, SVP of Software Engineering. “We’re fundamentally changing the way our factories are designed and operating, and by flipping the script and going horizontal, we’re radically increasing our capacity for scale. Being a software-driven manufacturing company allows us to achieve unique product features, such as integrated pad-ups and domes, with radical flexibility.”

The majority of Terran R components will be printed inside Relativity’s new 1MM+-sq.-ft. headquarters in Long Beach, named The Wormhole.

The Wormhole, a former Boeing C-17 manufacturing plant, was secured by Relativity to be its new headquarters in 2021. Currently 33% operational, the factory has several Stargate 4th Generation printers online with more than a dozen printers planned to be producing Terran R components in the coming months.

As a vertically integrated technology platform, Relativity is entrenched in a shift toward software-defined manufacturing. By fusing 3D printing, artificial intelligence and autonomous robotics, Relativity offers a simplified supply chain, building a rocket with much less parts in less than 60 days.