How Has COVID-19 Affected Engineering Productivity?
Take our short poll and share your own experiences.
Thousands of students and educators worldwide use Onshape’s free Education...
Fill out the form to get started, or read on to learn more about Onshape...
Siemens Opens Additive Manufacturing Network to Healthcare Industry
Providers and medical device designers can use the service to create needed components.
KeyShot World 2020 Virtual Launches Amid COVID-19 Lockdown
Luxion pulls a premiere virtual event during lockdown.
More Design 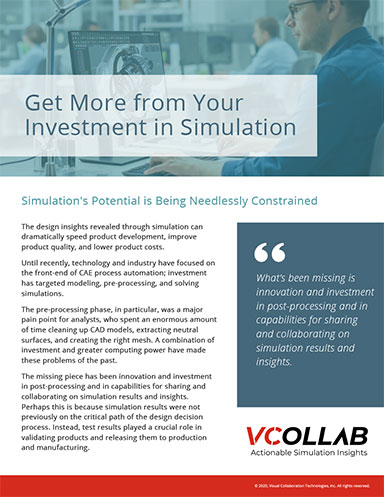 Get More from Your Investment in Simulation
Simulation's Potential is Being Needlessly Constrained.
Design Resources

First Mode, a system design and engineering firm, has been selected by NASA to develop a lunar mission concept with Arizona State University (ASU). The effort will be funded through NASA’s Planetary Mission Concept Study program.

The Intrepid mission would develop and deploy the Intrepid rover to traverse the furthest distance of any rover in NASA’s history, according to the organizations. The next-generation, 425 kilogram rover—roughly the size of a Quad-bike/ATV—will explore 1,800 km over four years as it examines the geology of the lunar surface, preparing NASA for human exploration as it investigates over 100 major sites that have only been viewed from orbit.

Powered by a plutonium-based, multi-mission radioisotope thermoelectric generator (MMRTG), Intrepid will identify hydrogen (a proxy for water content) in the lunar regolith. Additionally, Intrepid will map radiation, solar wind, and the chemical makeup of the regolith, helping to ensure the safety of future astronauts.

The study will be helmed by ASU’s Professor Mark Robinson who has been the principal investigator for NASA Lunar Reconnaissance Orbiter Camera for the past decade, which has mapped Apollo landing sites and almost the entire surface of the Moon with high-resolution images. Robinson will lead a consortium of scientists from multiple NASA centers and universities with First Mode designing and configuring the system.

“The ASU team has been working on the Intrepid mission concept for nearly a decade and it is very gratifying to have the chance to work with NASA to advance idea to the next stage,” Robinson says. “This award provides the means to iron out details of the rover design and science strategy, which ultimately could lead to Intrepid being included in a future mission competition.”

“We are excited to deliver First Mode’s expertise in rover systems, surface mobility, and MMRTG integration to this audacious mission concept and look forward to partnering with Professor Robinson and the ASU team,” Chris Voorhees, First Mode’s president and chief engineer, said.

First Mode is working to enhance the design, engineering, and development of technology for industries on and off the planet. First Mode harnesses the tools and technologies developed for the robotic exploration of the solar system and adapts them to mission critical and safety critical projects on Earth, Mars, the Moon, and other planetary bodies.