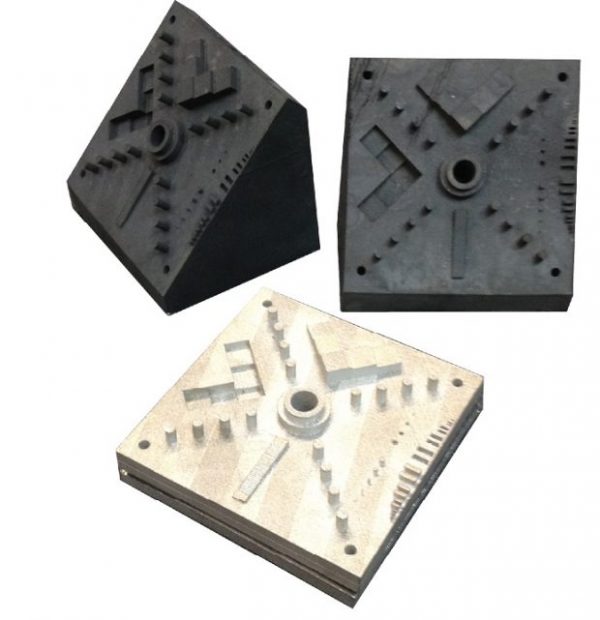 Microclimate Simulation for Urban Design
A cloud-native simulation platform allows architects and engineers to simulate and analyze high-fidelity models with...

The 3D printing industry’s growth continues to accelerate at astronomical rates. According to figures from the “2016 Wohlers Report,” in 2015, this industry, which includes global 3D printing products and services, had a compound annual growth rate of 25.9% or $5.165 billion.

All promising news, yet there’s plenty of work to be done to keep the industry growing for years to come. In addition to industry-wide concerns on how to lower costs and maximize benefits for more users, there’s another ongoing hurdle in churning out a quality product that is consistent, time after time.

Consistency is no small feat. It encompasses system reliability and process repeatability, especially when using 3D printing for production applications. To date, 3D printing system manufacturers are tackling these challenges head on with process monitoring and control software, but much work remains. Factors like lack of consistency across final products or lack of understanding of how materials work in 3D printing surface often. Not to mention the list of materials to use is still relatively short.

Industry leaders such as America Makes and plenty of big-name additive manufacturing (AM) companies aren’t sitting idle waiting for someone else to land on a solution.

Percentage breakout by type of metal chosen for industrial 3D printing projects, averaged over past two years of parts procured through 3Diligent. Image courtesy of 3Diligent.

At the America Makes seminar, Tracy Albers, president and CTO of RP+M, didn’t mince words when she suggested that those in the trenches of AM are working with approaches that are highly variable and that can’t be reproduced consistently, not to mention the actual AM processes are often not even well understood. In the case of RP+M, the company has been running validation testing on Ultem 9085 on Stratasys Fortus 900mc machines to measure the level of variability in the process. The results? Albers reported that preliminary tensile strength tests revealed 30% coefficient of variance related to parts generated on the same equipment. These results prompted Stratasys to respond by redesigning the tip in Fortus machines, which led to reduced variance.

Getting AM-generated parts to perform consistently presents a massive hurdle for its widespread adoption in manufacturing. For instance, GE spent five years laboring to achieve FAA certification of its LEAP fuel nozzle, now mass produced via AM. At first, only 30% of the parts met the company’s specifications.

“There is a lot of variation among machines. How do we make one part, and make that part repeatedly so we can prove to the FAA that the material properties we’ve provided are true?” asked Deb Whitis, materials leader at GE Additive during that America Makes seminar.

With companies on the fence about using metal AM equipment to generate prototypes and production parts, quality and consistency have to be in place for them to deem the investment worthwhile. Currently being able to print the same part on the same machine time and again just is not the reality. Two parts, side by side, may be two different sizes, or there may be cracks in one, according to experts.

The metal subtopic of 3D printing is hot and getting hotter. Ever since the first metal additive manufacturing (AM) systems made 3D printing with metal materials possible, developers have worked to make variations on the technology smaller, faster, safer, less expensive and easier to manage.

Vendors have made progress on every one of these goals, but for almost three decades the systems still required operating in a highly controlled, industrial environment. Limiting factors include the following: Raw metal powders present inhalation and explosion risks, and the complete build process generally includes post-build machining and heat-treatment (i.e., adding wire-EDM machines and industrial furnaces).

Now the industry has seen metal 3D printing announcements from both Markforged (January) and Desktop Metal (May), plus a “coming soon” teaser from HP. The Desktop Metal and Markforged office-friendly AM systems avoid the concerns posed by working with classic powdered-metal materials. At a top level, both approaches use plastic-encapsulated powders and extrusion systems, and are expected to produce parts at around a tenth of the cost of laser powder bed 3D printing. What could this mean for you?

“I think we will see opportunities for these new technologies,” says Cullen Hilkene, 3Diligent CEO and co-founder, “especially in industries where certain (metal part) requirements like tolerances, porosity and surface finish aren’t as stringent. I think you can draw parallels between the plastics market and the metals market. In plastics AM, you have powder bed and extrusion, and both have advantages.”

That’s where the National Institute of Standards and Technology and Physical Measurement Laboratory (PML) enter the picture. Consistency, or lack thereof, in producing parts tops their priority list and dovetails nicely with their new joint project, the Additive Manufacturing Metrology Testbed (AMMT). This custom-created 3D printer is built to highlight how the whole AM process works.

The open platform testbed measures the size of a small car, according to NIST, and it is built to print in stainless steel, cobalt chrome and nickel alloy. According to NIST and PML, the testbed can track the temperature of the melt pool by measuring brightness of light reflected off of it while printing. A future goal for NIST would be to create a temperature map of the surface of the printed object over various light wavelengths.

Another significant additive manufacturing concern relates to lack of education about design-for-manufacturing, according to Star Rapid’s President Gordon Styles. Star Rapid, like other service bureaus using AM, is not waiting for others to address the education problem.

He says a common recommendation is to “design for the process.” “This may sound obvious, but not all plastic 3D printing rules can be applied to metal 3D printing, which can lead to parts failing during the build process,” Styles says.

That’s why he and his company have launched a video tutorial series to give potential solutions for product designers and engineers using powdered metal AM technologies. So far, topics have addressed familiar geometry/build flaws regarding wall sizing, gaps and holes, as well as how to create bridges and overhangs.

Other design and manufacturing companies are following suit with educational endeavors. “It’s important to recognize that (AM systems) are manufacturing tools just like any other, with different flavors and really different capabilities,” notes Joe Manzo, CEO of Titan Industries, Tempe, AZ. His company uses electron beam melting (EBM), and operates two Arcam EBM Q20plus systems for partner company LAI International as part of its design engineering business. The systems can produce parts in Inconel, cobalt chrome and two titanium grades.

As a value-add, Titan Industries offers designers instruction about Arcam’s AM capabilities. “E-beam and laser powder-bed sintering systems have different strengths, and a lot of that is based on the physics,” Manzo explains. “With e-beam, you have a higher power source, which lets you melt thicker layers, which results in faster build times.”

Obstacles for designers may include possible geometry-dependent problems, such as removing excess powder because residual powder in each layer can get semi-sintered. Manzo also points out that because e-beam systems operate with thicker layers and larger beam spot-size, the features they generate may not be as fine as what can be done on a laser system.

Despite AM’s challenges, notable breakthroughs are occurring at a rapid pace. At the America Makes conference, Eric Wetzel, team leader at the U.S. Army Research Laboratory, elaborated on multi-material use, describing a multi-material process for creating optical fiber, medical microtubing and other structures by 3D-printing thermal drawing forms from ABS and polycarbonate. These forms could be manipulated into small structures while maintaining complex geometries. The team was also able to turn those structures into filament.

Over at Virginia Tech, Christopher Williams, an associate professor in its department of mechanical engineering, challenges the industry to design new AM-specific polymers. He also calls for research on printing with materials such as high-performance polymers that before now have not been usable within these systems.

“Materials must be redesigned for additive. Polymers can be tuned chemically for specific processes, but you have to understand the process-structure-property relationships.

Williams adds, “All of this will require designers to start thinking differently about how materials are used.”

National Institute of Standards and Technology and Physical Measurement Laboratory