Behind the Scenes At Indy Autonomous Challenge 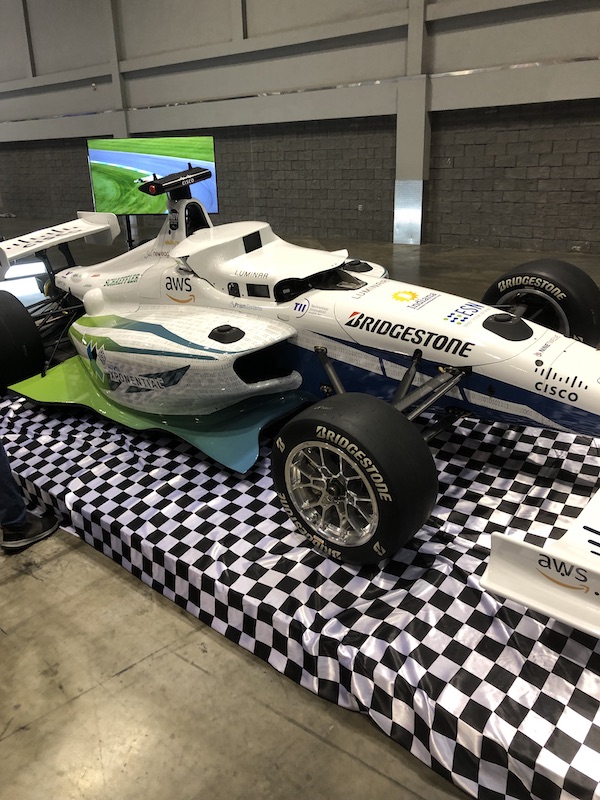 An autonomous Indy car recently broke a world record on a test track. We had an opportunity to see one of the autonomous vehicles and speak to Paul Mitchell about the annual Indy Autonomous Challenge at the Association for Uncrewed Vehicle Systems International (AUVSI) event in Orlando, FL. Here’s how our conversation went.

Digital Engineering: Can you provide an overview of the organization in general, and explain what the Indy Autonomous Challenge is?

Paul Mitchell: The Indy Autonomous Challenge, for the last three years, has been running a global prize competition among elite engineering universities to develop software that can control and pilot fully autonomous race cars, and to engage in head-to-head racing competitions.

DE: Are these competitions? Where are they held?

DE: And these involve colleges and universities?

Mitchell: They’re university-based teams, so every team must have an affiliation with the university, and they’re from around the world.

DE: Are there sponsors within the university?

Mitchell: Yes. Some of the teams are sponsored by the university itself, but many of the teams have company sponsorships.

DE: Can you tell us about some of the cars that you've seen recently? What sort of technology do they have on them, or how are they built?

Mitchell: Every team uses the same race car. The teams have the same exact vehicle, all the same sensors, same computers, hardware, even the base software is the same. What they compete on is the algorithm that essentially operates as the robot driver for the vehicle. 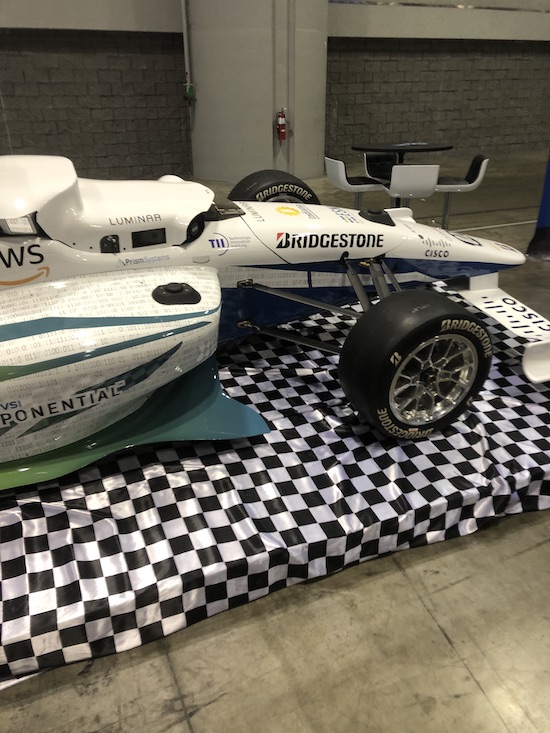 The teams have the same exact vehicle, sensors, computers, hardware—even the base software is the same. What they compete on is the algorithm that operates as the robot driver for the vehicle.

DE: Could you tell us a little bit about the vehicle?

Mitchell: The vehicle is the fastest autonomous car in the world. It’s called the Dallara AV-21. It has all the things you would expect to see on an autonomous vehicle. It has perception systems such as lidar, radar and optical sensors. It has advanced GPS systems. It has a supercomputer drive-by-wire system. It also has wireless communication technology from Cisco that allows the vehicles to communicate with each other and with race control. All in all, these vehicles are about over a million dollars in terms of hardware and software and technology.

DE: Does the university raise funds through sponsorship to attain the car and all required accessories?

Mitchell: Much of the hardware and software on the car is provided through sponsorships, fitting the autonomous challenge secures from industry leaders like Schaeffler, Bridgestone, Cisco and AWS. Luminar provides our lidars and then the teams had to pay $300,000 to acquire the car. Essentially, in the autonomous challenge, we raise sponsorship money through donations of hardware and software. We also subsidize the car cost a bit, but we wanted to make sure that teams were invested in the asset.

DE: Can anyone apply and participate?

Mitchell: Yes. We ran a prize competition where we had an open call, and we had 41 universities from around the world that signed up. Those universities, over the course of a year of simulation competitions—not with real cars—whittled down to about the 21 universities that made up nine teams. And those nine teams competed in both events.

DE: Could another team form and participate?

Mitchell: Yes, but it would require them to do a lot of catch-up, because those teams that have been operating these vehicles now for the last couple of years have a lot of experience under their belt. But we would welcome new teams that are interested.

Jim Romeo is a freelance writer based in Chesapeake, VA. Send e-mail about this article to de-editors@digitaleng.news.

Editor’s Pick: Multi-system simulation
Elements from Hexagon can examine multiple physics and logic elements in one...