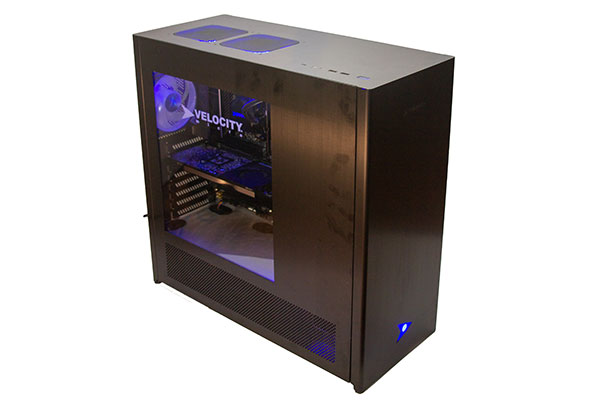 We recently received the latest iteration of the Velocity Micro ProMagix HD60 tower workstation, the third system from the Richmond, VA-based system integrator that we have reviewed in the past four years.

Buy It or Build It Yourself?

Since Velocity Micro is a system integrator rather than an OEM, the company builds computers using readily available parts manufactured by others. That begs the question: what would you save if you simply purchased the components and assembled the system yourself? Here’s our estimated price breakdown for the parts used in the latest ProMagix HD60:

If you purchased the parts and built it yourself, you could save around $1,775 (compared to the as-tested price, minus the three-year warranty). This assumes you have the requisite skill, confidence and time to do it yourself. Buying a system assembled by trained technicians and guaranteed to work when it shows up at your door is often worth the cost. It’s up to you to decide if a 35% markup is worth that peace of mind.

Though the last workstation we received from Velocity Micro was based on an AMD processor (DE April 2022), the new ProMagix HD60 included the latest 12th-gen Intel Core i9 CPU.

A small rectangular power button, a pair of USB 3.2 Gen 1 ports, plus microphone and headphone jacks are located on top of the case, set several inches back from the front edge. A pair of cooling fans are also visible below vents on the top of the case, and the fans and the Velocity Micro logo near the bottom of the front panel glow blue when the system is powered up.

Like the ProMagix HD60 we reviewed in April, the system ran quiet, averaging just 41dB at rest and barely climbing above that, even under heavy compute loads. 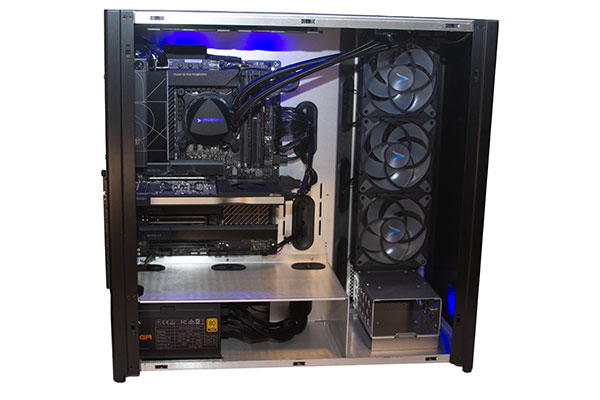 Fig. 2: Removing the thin side panel gives access to the roomy interior.

The thin left-side panel with a large window etched with the Velocity Micro name and logo is held in place with 10 snap connectors. Once removed, you have complete access to the well-organized interior with two internal drive bays, which were unfilled.

As was true last year, Velocity Micro sells four versions of the ProMagix HD60: mid-towers or full towers with AMD or Intel CPUs. The system we received was a full-tower ATX case with an Intel CPU, but some components in the precise configuration we received were not yet available on the Velocity Micro website at the time of our review.

We had to rely on pricing provided by the company. According to Velocity Micro, our evaluation unit had a base price of $2,069 and a price as tested of $4,999 ($5,428 after adding a mouse and keyboard and extending the warranty to 3 years). 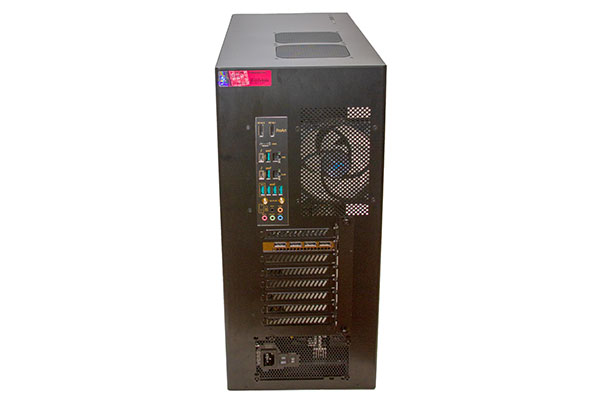 The extended ATX aluminum chassis was similar to one manufactured by Lian Li that housed the ProMagix HD60 system we reviewed in April 2020, with a power supply mounted at the bottom rear. That case is a $160 upgrade over the standard PX case. The base configuration also includes a 750-watt power supply and an Asus PRIME Z590-A motherboard, while the system we received included an 850-watt EVGA SuperNOVA 80Plus Gold Certified power supply and an Asus ProArt Z690-CREATOR Wi-Fi motherboard, which added an additional $110 and $100, respectively. Power supplies of up to 1,600 watts are also available. Though the base configuration includes an Arctic Freezer 34 cooling system, our evaluation unit came with a Velocity Micro LiquiCool 8 closed-loop liquid cooling system with a 360-mm intercooler and three 120-mm cooling fans, a $240 add-on. IC Diamond thermal paste between the CPU and heat sink added $25. 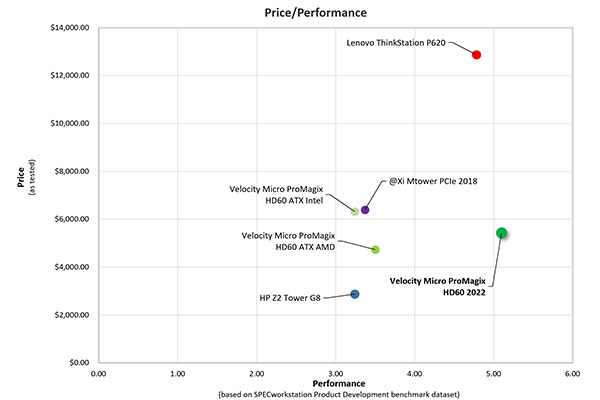 According to Velocity Micro, the 32GB of DDR5-5200MHz RAM—installed as a pair of 16GB modules—is included in the base configuration for this new system. The motherboard provides an LGA1700 socket that supports Intel 12th-gen Intel Core, Pentium Gold and Celeron processors. 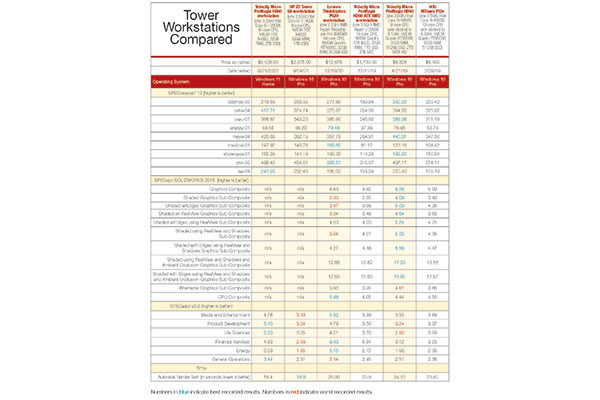 The motherboard also includes Wi-Fi and Bluetooth, and a Realtek S1220A 7.1 surround-sound high-definition audio CODEC. There are also three PCIeX16 expansion slots. The base configuration comes with an NVIDIA Quadro T400 graphics card, but our system included an NVIDIA RTX A4000 graphics processing unit (GPU), which added $1,485. This virtual reality-ready GPU, based on NVIDIA’s GA104 graphics processor, comes with 16GB of GDDR6 ECC memory and features 6144 compute unified device architecture (CUDA) cores, 192 Tensor cores and 48 RT (raytracing) cores. Its 256-bit interface yields a bandwidth of 448GB/second while consuming 140 watts. Although it is a single-slot card, it does require additional power via a six-pin auxiliary connection. The RTX A4000 provides four DisplayPorts.

We have come to expect excellent performance from Velocity Micro workstations and anticipated nothing less from this well-appointed system. Indeed, this new ProMagix HD60 workstation delivered some of the best scores ever on a number of our benchmarks.

But since this new system from Velocity Micro came with the new Windows 11 Home operating system preinstalled, we encountered a few problems. On the SPECviewperf benchmark, which focuses on graphic performance (and is officially supported under Windows 11), the ProMagix HD60 garnered top scores on several datasets and was near the top in the others.

Although the system was unable to complete some of the tests in the demanding SPEC workstation performance benchmark (which is not yet officially supported under Windows 11), it turned in top scores in three of the six focused workloads, including Product Development, on which we base our price/performance calculations. On our own AutoCAD rendering test, the 19.4-second average time lagged just half a second behind the fastest system we ever tested.

Though Windows 11 Home is included in the base price, you can opt for Windows 11 Pro for $90 more or choose Windows 10 Pro for an additional $70. Or you can save $80 by ordering the system without an OS and install your own. Velocity Micro does not include a mouse or keyboard unless you add one to your order. We included a basic Microsoft USB keyboard ($15) and optical mouse ($15) in our as-tested price.

The standard Velocity Micro warranty only covers the system for 1 year. Since many original equipment manufacturers (OEMs) back their workstations for 3 years, our as-tested price includes a $399 charge to extend coverage to 3 years for parts, labor and depot repair service. Velocity Micro also includes a lifetime upgrade plan that allows you to return the system for maintenance, upgrades and testing.

As configured, our system priced out at $5,428, making it a clear price/performance winner. Although equipped with certified hardware, the system itself lacks independent software vendor certification. If that certification is not an issue for you, Velocity Micro has again proven that it knows how to assemble high-end workstations. Quite simply, this new Velocity Micro HD60 workstation is another winner.

David Cohn is a consultant and technical writer based in Bellingham, WA, and has been benchmarking PCs since 1984. He is a Contributing Editor to Digital Engineering, the former senior content manager at 4D Technologies, and the author of more than a dozen books. Email at david@dscohn.com or visit his website at www.dscohn.com.