Flow Science’s FLOW-3D 2022R2 Product Family has a unified solver that allows access to the features of OpenMP/MPI hybrid parallelization, whether running on an HPC cluster or an engineering workstation.

Flow Science’s FLOW-3D 2022R2 Product Family has a unified solver that allows access to the features of OpenMP/MPI hybrid parallelization, whether running on an HPC cluster or an engineering workstation. 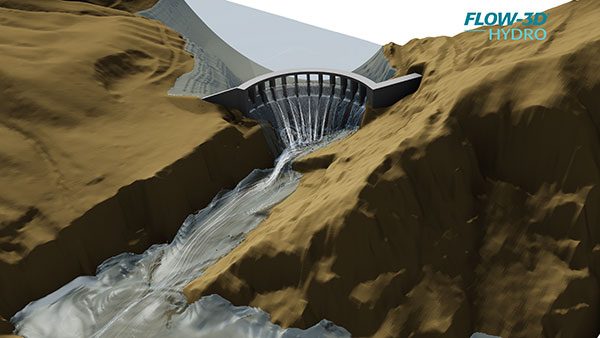 Users turn to FLOW-3D products for tasks such as modeling a large dam near flood stage. With the new update, FLOW-3D users have access to the same features on both a single workstation and an HPC cluster. Image courtesy of Flow Science.

Asking the Right Questions About HPC for Simulation
The answers to those questions may shed light on what services are most needed.
Remcom Debuts Tuning in Simulation Software
Company introduces tuning with slider bars for matching network design in XFdtd EM simulation software.
Ansys 2023 Release Amplifies Product Design
Engineers can now simulate complex products faster via cloud options and optimized use of multiple...
SprutCAM X Robot Includes Models of Robot Mechanisms
The new robot software provides a natural programming environment that simulates the interaction between an...
More Simulation

Flow Science has updated its CFD solver FLOW-3D, offering the same features on its workstation version and its HPC version for the first time.

The company says users who in the past had to choose between the features available on the single-computer version and the HPC version can now expect all the same features on both systems. The new unified solver allows users access to the same features of OpenMP/MPI hybrid parallelization, whether running on an HPC cluster or a single engineering workstation. Until this change, only the HPC clusters could run such parallelized tasks.

Other new features in this update have been added. The company says time-step stability has improved. There is a new time-step stability limit, available in the numerics widget. For models that are actively running and convection limited, Flow Science says the new option offers typical speed-up of about 30%. 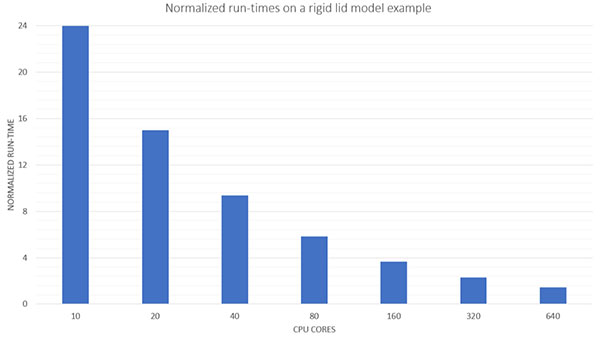 This update to FLOW-3D adds an automatic pre-conditioner that kicks in when a model iterates too heavily. The company says this will improve analysis involving pressure convergence.

There is a new solver option for viscoelastic fluids, which the company says is effective for high Weissenberg numbers when comparing elastic forces to viscous forces.

For more information about the FLOW-3D 2022R2 product family click here or register for their product release webinar on Thursday, October 6 at 1 p.m. ET.