Watch This: Engineering News from 3Diligent, Autodesk, NASA and Fictiv

3Diligent takes a stand against 3D printed guns, Autodesk and NASA envision 3D-printed habitats for Mars, and a hardware business report from Fictiv.

3Diligent takes a stand against 3D printed guns, Autodesk and NASA envision 3D-printed habitats for Mars, and a hardware business report from Fictiv.

Digital Twin Continues to Proliferate Software and Digital Industries
From the ancient Pythagorean Cup to the ultra-modern rocket launchers, all with Simcenter and all...
Sponsored Content 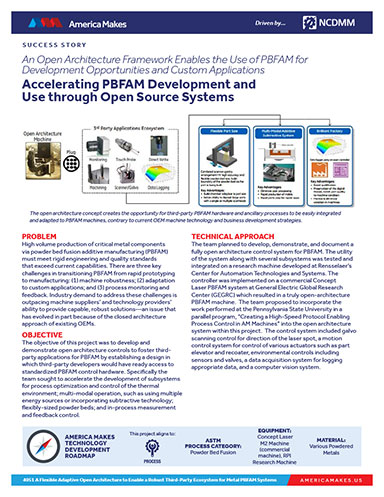 Accelerating PBFAM Development and Use Through Open Source Systems
An Open Architecture Framework Enables the Use of PBFAM for Development Opportunities and Custom Applications.

In July, additive manufacturing, or 3D printing, grabbed headlines nationwide in the mainstream media when an agreement between the State Department and Cody Wilson, the inventor of a 3D printed gun, reached an agreement, allowing Wilson to upload and distribute the necessary files and blue prints to literally 3D print a gun, known as The Liberator.

Soon afterward, a Federal Judge blocked the release of the files, based on the ground that “There is a possibility of irreparable harm because of the way these guns can be made.”

And one 3D printing service provider has decided to take a stand against the gun. CEO of 3Diligent published his statements on Twitter and on his company website, stating, “Regardless of what is becoming legally permissible, it is 3Diligent’s official position that we will not support the printing of any 3D Printed gun parts designed in an effort to circumvent the Undetectable Firearms Act.  To do so would not be aligned to 3Diligent’s mission, vision, and values as an organization.”

Well, if what NASA and Autodesk envision become a reality, you may be looking at 3D-printed homes, in some variations looking much like beehives.

NASA has been exploring the idea to build sustainable habitats on Mars using 3D printing, based on local materials. It has held design contests, as part of its Centennial Challenges program, to solicit the public’s ideas on how to do this.

Winners include Team Zopherus from Rogers, Arkansas, which proposes using a moving 3D printer that employs rovers to collect printable local materials; and AI Space Factory, which thinks habitats should be “vertical orientation and small footprint” — much like beehives.

In its collaboration with NASA Swamp Works laboratory, Autodesk uses its Fusion 360 and PowerMill products to figure out a way to 3D-print barricades. The proof of concept has been a success, the company writes in its blog post.

The results show 71% of the developers rely on outside or external shops, suggesting a wide field of opportunities for on-demand service providers like Fictiv.

Forty-nine percent of the vendors say their sources are often local – that is, when it comes to getting parts made with 3D printing or CNC.

The on-demand manufacturing sector is served by vendors like Fictiv, Xometry, and Plethora. They are particularly attractive to small and midsized firms that don’t have their own manufacturing capacity.

Fictiv recently launched AMS, which stands for Agile Manufacturing Services, with a network of partners overseas.

This means Fictiv network now covers not just US but also China, so manufacturers can order parts not only from local machine shops but also from those across the sea.

With SIGGRAPH just around the corner – that’s next week, August 12-16, Worldviz launched a new version of its VR development platform, Vizard 6.

Vizard 6 includes, among other things, support for glTF, a file format that’s been described as the JPEG of 3D. Support for glTF means easier workflow with engineering-friendly programs like Autodesk Revit, SolidWorks, modo, and SketchUp.

This year, just like the last few years, AR and VR demo booths and exhibits are expected to attract a lot of attention at SIGGRAPH, a sign that the professional market is looking at AR-VR as more than entertainment but as legitimate design review, ergonomic check, and collaboration tools.