Latest in Design Exploration and Optimization

This update focuses on two key themes: the first is optimization-driven design. ESTECO says its new state-of-the-art AI algorithm pilOPT can help engineering teams create autonomous optimization routines. These routines run in the background during engineering simulation sessions, and report out when it locates simulation results that impact optimal design. 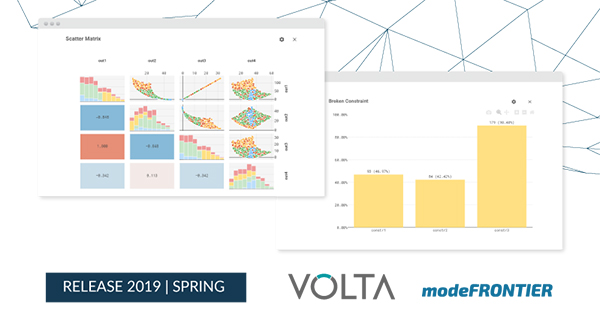 The second major theme of the Spring 2019 update is engineering data intelligence. The VOLTA Advisor is a set of templates that offer specific shortcuts to working with large blocks of simulation engineering data. The six templates are: 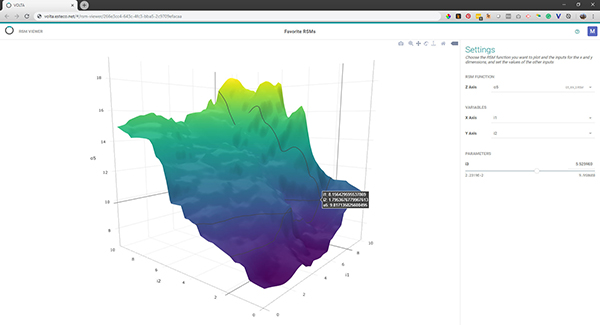 The Spring 2019 Update to ESTECO VOLTA includes a set of new template charts to help simplify the search for more optimal designs. Image courtesy of ESTECO.

Also new in the VOLTA modeFRONTIER interface is Sessions, a tool to define Design of Experiment strategies. A particular Session is the match of a Design Exploration strategy and a Workflow domain. ESTECO says the goal of using Sessions is to create an efficient statistical analysis of design space alternatives.

For more information about the Spring 2019 Update of ESTECO VOLTA, click here.

You can find a video on the new RSM tools in VOLTA here.

Check out DE's Computer-Aided Optimization Webcast, which puts ESTECO's Matteo Nicolich in the Hot Seat to answer our questions.

See why DE's Editors selected the Spring 2019 Update of ESTECO VOLTA as their Pick of the Week.