Testing is moving out of its silo and into the early design workflow to help minimize costly, late-stage design changes. 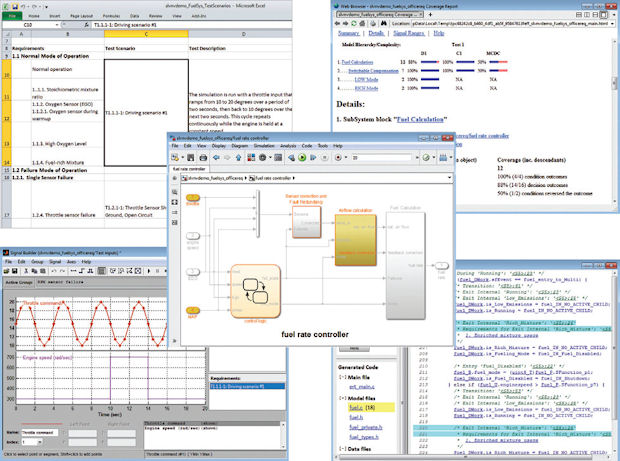 Test early and often is the latest battle cry for engineering organizations aiming to be on the cutting edge. As a result, they’re making testing an integral part of early-stage design, just as they’ve done with simulation.

Embracing simulation earlier as a means to facilitate design exploration as opposed to design validation is all part of the push to shorten cycle times, reduce costs and bolster innovation. With that movement well under way, some companies have turned their attention to testing, recognizing the potential for similar benefits by shifting what has traditionally been a late-stage task into the concept and detailed design phase.

“Aside from manufacturing, testing is the second most expensive aspect of the entire product development timeline,” says Dawn Lissy, president and founder of Empirical Testing Corp., a lab focusing exclusively on medical device testing. “When you have time and money involved, it’s imperative to do it correctly and do it at the beginning stage of design.”

While the aerospace and automotive sector practice a more parallel design and test path, other industries with less complex products have been slower to follow suit. Now that all types of products are becoming more complex, equipped with built-in sensors and flush with embedded software systems, companies have more at stake if problems surface too late in the game.

“Not so long ago, you could put a car together and drive it around the test track,” says Paul Barnard, marketing director, Design Automation at MathWorks. “That development process works well when you have relatively little electronics involved or don’t have any critical safety systems, but as soon as you start dealing with high complexity, the equation changes. It’s just a lot easier and less expensive to fix problems if you can find them early in the process. It’s all about working out requirements and ensuring things are designed right from the beginning.”

Traditionally, the test-development phase kicks off when the design is complete. Testing has remained isolated, and team members are typically handed specifications and test requirements over the proverbial wall, only after the design is well underway.

Tools like Simulink Design Verifier from MathWorks can be used for error detection in a model as part of a comprehensive upfront testing plan.

This strategy of treating testing as a sequential, not parallel process to design, is problematic on a variety of levels. Project deadlines are likely to slip, putting pressure on engineering teams to consolidate the testing process to save time, which can lead to quality issues. Moreover, a lack of collaboration between design and test engineers means test strategies may not be entirely in sync with product requirements and objectives. It also reduces the potential for reusing test strategies and plans for future products.

Some of the silo mentality is due to the fact that test equipment is often not easily connected to Windows-based enterprise systems or platforms like PLM (product lifecycle management) and requirements systems, notes Kyle Perkuhn, product marketing engineer at National Instruments. “The biggest problem with being siloed is having to manually communicate everything, which can delay the project schedule,” he explains. “There is a lot of manual communication that has to happen both in and out of test engineering because it’s so disjointed from those platforms.”

Often times, early testing is discouraged because companies are leery of putting prototype hardware through its paces, according to Gary Delserro, president of Delserro Engineering, a reliability test lab that specializes in automotive, defense and aerospace product testing. “Many of our clients do early testing and many don’t,” says Delserro. “The biggest fear for those that don’t is that they are working with an immature product or prototype so if they get a failure, it might not be a meaningful failure.”

Cultural issues aside, there are a variety of new technologies that are advancing testing’s role further up in the design process. The growing use of simulation and modeling software is a huge enabler, allowing product development teams to test the behavior of a particular part or a complete system in the virtual world, before any software code is actually written or a CAD model becomes a physical component.

These tools can be used in lieu of waiting for code to be written or a physical system to test, Abraham explains, using a controller with a hydraulic actuator as an example. “If you build a system model that includes a model of the actuator, you can run tests to gauge the bandwidth or response time of that actuator,” he says. When the final system is built, you can employ the same test using hardware-in-the-loop simulation, “but you get the benefit of not waiting to get the code before running it on the hardware.”

Performing this kind of system modeling and system testing also helps break down the silo culture that has kept testing on the front-line design fringes. “We talk to our customers about using these system-level models because they tend to pull domains of expertise together,” Abraham says.

From a hardware perspective, some things lend themselves to early testing. For example, failure analysis or testing that exposes product weaknesses should definitely be done earlier in the design phase when it’s less expensive to fix a problem, says Delserro. In contrast, some reliability tests set up to measure how long a product might last in the field aren’t the best candidates for testing too early in the prototype stage.

Education about the time and place for testing remains a top priority, Empirical Testing’s Lissy says. It’s a constant struggle to get companies to understand how long the testing process can take, she explains, as well as why they shouldn’t cut back on testing despite on-going pressures to shrink development cycles.

“A lot of people don’t understand how long testing takes, especially if you don’t have the right parts or right amount of parts or if something doesn’t go to plan,” she says. “Everyone ends up pushing to extend the product design timeline, but when it comes to testing, they all want to hurry up. You need a high level of communication to ensure you come up with the best test plan that balances the risk profile—in other words, the right test solution for the problem at hand.”