Nuts and Bolts of NAFEMS’ Acquisition of ASSESS 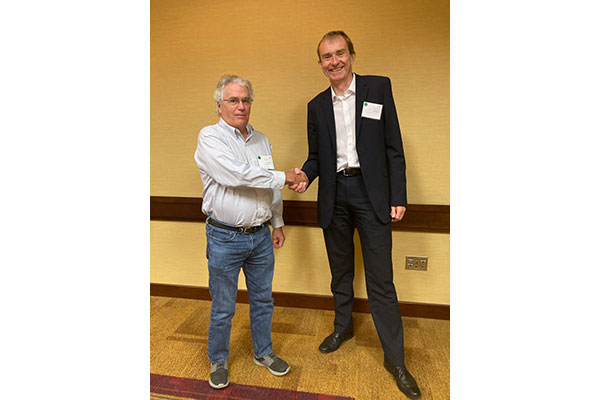 NAFEMS announced its acquisition of the activities and assets of ASSESS at the NRC22 event in Indianapolis in June. The organizations’ leaders shake hands following a Q&A with DE.

2022 Teamcenter 14.1 Fresh With New Capabilities
Users can maintain accurate, up-to-date specifications and designs throughout the engineering development process.
Autodesk Fusion 360 Manage with Upchain Now Available
By offering Fusion 360 Manage with Upchain, customers can work with cloud PLM and PDM for...
C3D Toolkit 2022 Now Available
The modules in the release provide a solution for building 3D design applications for desktops,...
Snapmaker Debuts Artisan 3-in-1 3D Printer
Artisan has an all-metal design that is designed to enhance the user experience.
More Products

Tim Morris, CEO of NAFEMS, and Joe Walsh, founder of ASSESS, sat down with Digital Engineering staff during the NAFEMS Americas Congress in Indianapolis in late June 22 to talk about news of NAFEMS acquiring ASSESS and what it means to members of each engineering simulation organization.

During NAFEMS’ annual regional conference in Indianapolis in late June, NAFEMS reported that it had reached an agreement with ASSESS, the multi-industry initiative aiming to generate an increase in availability and utility of engineering simulation. The agreement will enable the ASSESS group to maintain its status as a self-contained initiative, under the overarching NAFEMS umbrella, as a thought leadership group.

According to a joint press release, the two groups will be unified under a new ASSESS vision: “To lead every aspect of engineering simulation toward a more valuable and accessible future in the medium to long-term, leveraging the expertise and knowledge of top-level figures in industry, government, and academia.”

Each organization’s head provides further perspective in the Q&A that follows.

How did this acquisition come to pass? 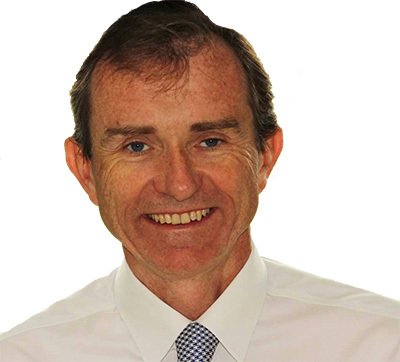 Tim Morris: From my side, we’ve worked really closely together for a long time. It was something that had cropped up in different conversations. We decided, “Do we think this is something that Joe would entertain?” We’d been thinking about that for a little while. We reached out to Joe and Joe could see the positives in it as well. 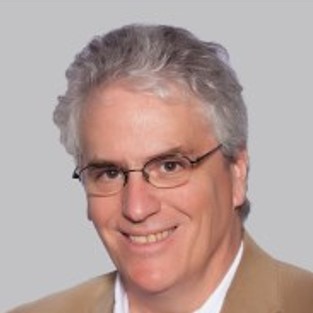 Joe Walsh: ASSESS and NAFEMS have been collaborating for several years, right from the beginning when I started ASSESS. The idea that ASSESS was trying to say was, “We have to think differently.” NAFEMS has done a great job.

If you’re going to do simulation, do it well in making sure best practices are set, and all the right techniques are done. We teach more people. We educate them, we certify them, and bring them up to different levels.

Through the process, there are always questions. People are going to ask, “Well, what’s the difference between ASSESS and NAFEMS?” We always said it was complementary. And then actually we came to the conclusion this year that it is truly complementary and would actually be better if it was a single organization.

So when Tim offered that up, it was a win-win for both of us. It gives NAFEMS the breadth from leadership to implementation in best practices. For ASSESS it gives it a home and an opportunity for growth that we couldn’t do just as a small organization.

So going forward, will both organizations operate independently or merge together under NAFEMS? How will that look?

Walsh: NAFEMS is going to be the key parent organization. The ASSESS initiative will be an activity within NAFEMS.

Morris: But it will be a separate activity, and will continue under Joe’s leadership.

Will ASSESS continue to have its own conference?

Walsh: So to be very clear, if you read the press release and what Tim wrote, note that NAFEMS didn’t buy the ASSESS company—it bought the ASSESS assets and activities.

It took us a few years. We perfected the recipe at the ASSESS Congress for doing exactly that. For getting people with different opinions—competitors sitting across from each other actually having a conversations about what’s the right strategy for implementing democratization, implementing generative design or whatever the next new technology is, determining the right strategy for credibility.

So the approach going forward, and we talked about this today, is that we try to keep that ASSESS initiative to still have that same feel. We want to take the ASSESS results and content and make it widely available to NAFEMS members and others so it can have broader benefit. But the actual initiative itself will stay small. The congress will stay still under 100 people with the idea being that it can be a working congress.

Maybe a couple years out, we are thinking about doing one [congress] in Europe, one in U.S., to do more congresses. But we want to keep that same feel and openness that we have developed and maintain the working basis so that we can actually get people to agree with some argument on the definition of what is engineering simulation. What is generative design? What is a digital twin?

All of the people attending ASSESS, I’m assuming are also members of NAFEMS as well. Is there overlap?

So ASSESS has become a content provider, an incubator of thought leadership content and standards for the industry.

Walsh: That’s an interesting one because the UMC4ES is close to that standard. [UMC4ES stands for Unified Model Characterization for Engineering Simulation. An ASSESS Working Group has initiated the definition of UMC4ES.]

However when I stood up and talked about it, I said this is not a standard—on purpose. Because when you start to become a standard organization it’s a different game. NAFEMS has some experience doing that that is beyond the realm of ASSESS.

What ASSESS is trying to do is what’s strategic—for the next few years out. So we looked at UMC4ES. We had a gaping hole. Everyone agreed that there’s a gaping hole. The plan is that we will build that out until we think that’s ready to be deployed. And we have an excellent organization at NAFEMS for deploying best practices.  So it’s a nice one plus one equals si sort of relationship—by tying the two together.

Out of curiosity, when you’re trying to create standards for something, who has to buy in in order for it to be accepted as the standard across the board?

Walsh: For official standards, there’s a process that it has to go through, which takes decades. For unofficial de facto standards, it’s a popularity contest.

Morris: We spent some time looking at this and what you have to do for it to be qualified as a standard. Is it a protected word? There are no rules. Basically, you’ve got the ISO standard or ASME standards, as examples. They obviously have a very well-defined process. But anyone can put out a standard.

Is there a great deal of overlap with the missions of the two organizations?

We are focused on different aspects but the aspects blend very well together.

Morris: Yes, there is a clear overlap. We are both trying to promote more use and better use of the technologies. The difference is the timeframe. NAFEMS has tended to concentrate on the shorter timeframe and what we can do right away. ASSESS has been trying to say we’ll look ahead and see where we want to be.

Will this acquisition help NAFEMS expand into new areas?

Morris: It’s giving us the thought leadership side of things. We’ve done bits of that in the past. But it’s never been our focus. That is the growth for NAFEMs—to get that thought leadership and that longer time horizon. We are getting that sort of process going and trying to gather together all the people who can influence that and have that discussion. That’s not something we’ve focused on in the past. We’ve been more about getting the practitioners together and talking about what we’re going to do and what we’ve already got.

How do you see this news benefiting members of either organization?

Walsh: It’s going to be marketed as the ASSESS Initiative as a part of NAFEMS. For ASSESS members, we will tell them it’s all the same except that we’ve got more capabilities, more resources and we now have people to help put together the congress and such things so I can be working on the next paper or the next strategic thought leadership plan.

It’s allowing us to each use our own strengths so we should be able to advance what’s coming out of ASSESS at a more rapid pace and it opens up to a broader audience so we get more input.

Morris: From a NAFEMS point of view, there’s the clear benefit that you get access to all the materials that have already come out of ASSESS and that will come out in the future. Even though we’re trying to keep congress participants quite selective and limited in number, the audience for all the material that comes out can benefit.

Walsh: So every member of NAFEMs will get access to the UMC4ES draft, access to the engineering simulation risk model, and access to things that will allow them to make better high-level strategic decisions on how they want to go forward with simulation.

You had mentioned in an earlier conversation that you are basically a one-person show, with the help of your family, Joe. So how will this enhance the workflow capacity at your organization especially?

Walsh: To say it’s a one-person show is still an overestimate, because ASSESS wasn’t my day job. This was something I did on the side with some help from my wife, while my kids also helped put the congress on every year. It really was a family sort of thing. When talking to my wife about possibly hiring someone to help put on the congress, she said, “Nah, we’ll get the kids to do it.”

To be honest, ASSESS was an idea, a passion I had. I still have that passion. We just threw together whatever resources we could to get it going and keep it going. We’ve struggled with not having resources or organization. And we still had to do another job, which is why this relationship works very well for the ASSESS side.

Any other comments to add?

Walsh: I’m just very excited about it. I’m looking forward to going forward with it. I’m looking forward to broadening and bringing more of this information out—especially getting some existing ASSESS content and new material we’re going to create to the NAFEMS community, because that’s a significant part of the engineering simulation community. So I’m excited about seeing ASSESS being able to make the influence on the industry that I hoped it would make in the first place. I see this as a vehicle to that.

Morris: As for additional remarks, I think Joe has covered it perfectly.