Aviation industry growth is resulting in increased aircraft noise near airports, and these communities are reacting by imposing increasingly strict noise level constraints.

The roar of aircraft has become an unwanted part of daily life for the millions of people worldwide who live around airports.

Protests against aircraft noise have seen flights restricted at many major airports, limiting the number of flights allowed, the hours of operation and the types of aircraft allowed. Quieter aircraft would therefore have a competitive edge at these airports, with operators potentially getting more slots or lower landing fees.

To win deals with airlines flying these kinds of restricted routes, aircraft designers need to focus on the experience of people on the ground as well as in the air.

Simulation allows engineers to calculate noise levels around the aircraft without committing to mechanical prototypes and test flights. It can also exactly determine where the noise is coming from and compare different options for noise mitigation.

Taking noise reduction into account earlier in the design process allows acoustic performance to be a key part of design rather than an afterthought.

There are many noise sources on an aircraft. The fans and jets of the engines may be the most obvious, but turbulent air flow around structures such as the landing gear and the high lift devices can also contribute significantly to the acoustic profile of the aircraft.

Components cannot be considered in isolation—the interaction of multiple components can affect the airflow and significantly change the noise spectrum at system level, and there may be trade-offs between aerodynamic and aeroacoustic performance.

There are two types of noise: tonal and broadband. Tonal noise is centered at a particular frequency and can often be connected to a resonance on the aircraft such as a whistling cavity, while broadband noise covers a wider portion of the spectrum. Both types need to be reduced, but bringing down broadband noise tends to be more challenging.

In physical tests, beamforming is used to measure the noise produced by the aircraft and to map it to different parts of the structure.

Simulation can accurately replicate these beamforming maps on a virtual aircraft long before a physical prototype is available for flight tests, but in addition, it can also isolate different noise sources that would not be visible in measurements. At some frequencies, engine noise dominates the flight test data, swamping other noise sources.

Fill out the information below to download the resource. 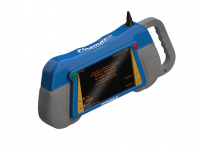 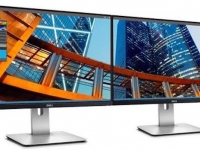 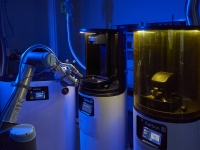