When Generative Design and Additive Manufacturing Come Together

Mergers and acquisitions forge new path for the duo

Mergers and acquisitions forge new path for the duo 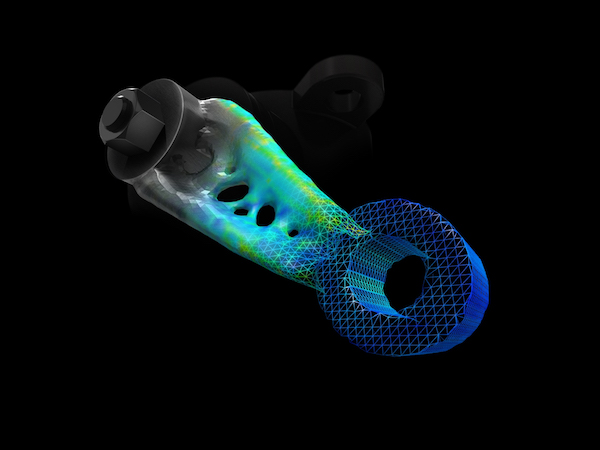 White Paper: Engineering From Home
The right mobile engineering workstation can help keep designers productive no matter where they are...
Resources Resources

Generative Design (GD) and Additive Manufacturing (AM) is, many believe, a perfect combo, a match made in manufacturing heaven. Each brings out the best in the other. Each has its own strengths, but together they are formidable.

As a way of modeling complex 3D forms, GD algorithms often produce membrane-like lattice structures unimaginable to human engineers, and impossible to construct manually in conventional modeling software. Such forms are also impractical to produce using traditional machining. AM is very often the only reasonable means to fabricate the geometry proposed by GD algorithms.

Similarly, AM is a sophisticated manufacturing technology looking for a challenge. Geometry conceived in classic parametric CAD programs is too simple to benefit from AM. To justify investing in AM, not just in the hardware and material costs but also in dedicated training and process development, pioneering enterprises need a new kind of software that can design unprecedented topology. GD turns out to be this type of software.

In the last decade, the union of GD and AM is getting stronger, sealed in a number of notable mergers and acquisitions.

In the post-acquisition Q&A, Jesse Coors-Blankenship, founder of Frustum and Sr. VP of Technology at PTC, pointed out his software could let PTC users “create complex geometries optimized for additive manufacturing; and deliver better products faster.” Furthermore, he noted, “With generative, engineers can take advantage of advanced manufacturing techniques and embrace additive manufacturing.”

“Creo will be able to recommend design approaches using generative design,” said PTC in its announcement of the acquisition. Jim Heppelmann, president and CEO of PTC, noted, “Frustum will elevate Creo to a leading position in the world of design and simulation.”

An Additive Twist to MSC Software

Last June, Hexagon’s Manufacturing Intelligence, a division of Hexagon, acquired AMendate, a German-based startup with software that generates and optimizes designs specifically for AM. The acquisition brings AMendate under the wings of Hexagon’s MSC Software, the division dedicated to simulation.

“The AMendate acquisition directly addresses a major obstacle during design for companies shifting to additive manufacturing processes,” said Paolo Guglielmini, CEO, MSC Software, in the announcement of the acquisition. “It enhances our Smart Factory solutions by minimizing time-to-print.”

Such acquisitions show CAD and PLM titans’ appetite for GD startups, now becoming an essential ingredient in their strategy to conquer AM. Developing one’s own GD technology from scratch is not impossible, but acquiring a promising startup is a much quicker path.

Having developed its own generative design technology and tested it in its Project Dreamcatcher, Autodesk didn’t feel the need to go hunting for startups. Dreamcatcher no longer exists—for good reasons. The technology has been integrated into Autodesk Fusion 360, a cloud-augmented CAD/CAM/CAE suite, and Netfabb, an AM design and simulation program.

Desktop Metal’s core business is developing and selling metal-based 3D printing systems. Nevertheless, finding the need for a robust GD software for its systems, the company decided to develop one. The outcome, currently still in development, is called Live Parts.

Live Parts is described as an interactive modeling software with built-in FEA (finite element analysis) validation. Recent Beta upgrades to the software include the ability to use AM design constraints. In other words, if you tell the software you plan to produce your part in AM, the software is intelligent enough to avoid the type of geometry that will cause problems in AM production.

“Live Parts runs in the cloud on NVIDIA GPU-accelerated virtual machines to deliver real-time generative design to any device with an internet connection,” the company explained.

Interactive GD and the GPU

Initially, Frustum came online as a cloud-hosted software, but in October 2018, it released a Windows OS version. Explaining the strategy shift, Coors-Blankenship said, “The web version doesn’t give us access to the GPU [in the user’s personal machine]. We’re introducing what we call interactive generative design. In order to realize that, we really needed to be able to leverage the CPU and GPU directly on the user’s machine.” 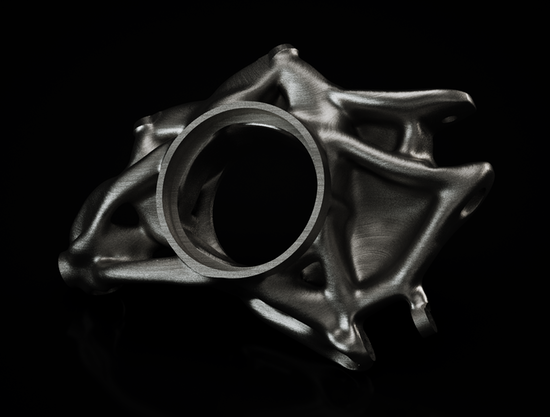 With the acquisition of Frustum, PTC plans to integrate generative design tools into its own CAD products. Image courtesy of Frustum.

GD’s algorithm-driven method—running simulations and experimenting with hundreds of design variants to identify the best possible topology—is a compute-intensive process, best executed on highly-parallel GPUs. To make this process “interactive” means to produce the optimized results in near-real-time speed, without subjecting the user to wait for the number crunching. This in part explains Frustum’s need to harvest the GPU’s processing power.

“If you move the location of a pin or a hole in the Windows version, for example, the design will automatically update,” Coors-Blankenship said. “To make that level of interactivity possible, we need to access the CPU and GPU on your local machine, because the software can then respond without the lag time.”

Doing the Heavy Lifting in Lightweighting

As automakers and aerospace firms look to large-scale AM projects as a way to consolidate assemblies and develop light-weight designs, GD software’s importance is expected to grow. It makes independent GD startups such, such as ParaMatters and nTopology, attractive acquisition targets. It also makes the GPU an essential part of the engineers’ equipment and server setups.