SC16 Hints at What Supercomputing Means for Manufacturing 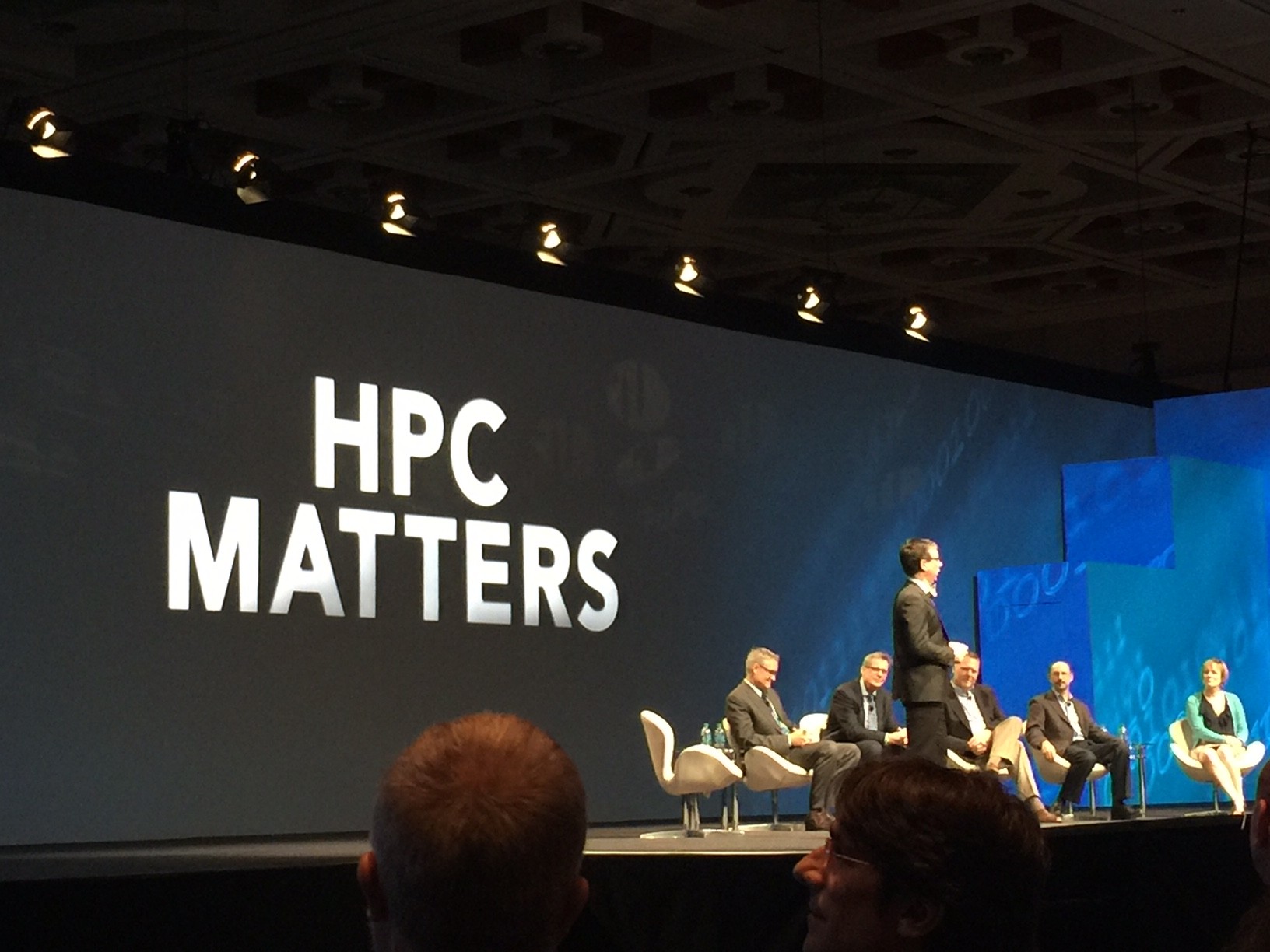 Panelists from the SC16 plenary session discussed how supercomputing is being used to advance precision medicine, allowing for individually customized treatment options.

Each year, the top talents and technologies in computing converge at the SC supercomputing conference to focus attention on how computing power can be used to solve some of mankind’s greatest challenges. SC16 was no exception, as more than 11,100 registered attendees from 26 countries took in 349 exhibits and hundreds of sessions in Salt Lake City November 13-18.

Precision medicine, specifically tied to cancer research, took center stage both during a panel discussion on the topic and during Katharine Frase’s keynote on how cognitive computing is evolving. Frase recently led strategy and business development for IBM’s Watson Education unit. Watson, which made waves after winning the Jeopardy! game show, has since been put to use in a number of different industries.

Dr. Katharine Frase: 90% of data created in last 2 yrs, 2.5B GB of data/day, 80% of data is unstructured. How do we create insight? #SC16 pic.twitter.com/xZhTjxrEss

“Watson and cognitive computing in general can serve significantly in every single arena in which we grapple with multi-layered, data-intensive problems: how to best treat cancers; how to adapt to conditions brought about by climate change; how to quickly and effectively harness new kinds of sustainable energy; how to untangle intractable governmental or community development challenges,” Frase said. “Now more than ever, visionary thinking will drive an endless and transformative array of applications for Watson and cognitive computing in general, along with whatever comes next.”

Panelists from the SC16 plenary session discussed how supercomputing is being used to advance precision medicine, allowing for individually customized treatment options.

Some of that visionary thinking is coming from the manufacturing sector as well, according to NVIDIA. The company used SC16 to announce its partnership with the National Cancer Institute (NCI), the U.S. Department of Energy (DOE) and several national laboratories on an initiative to accelerate cancer research. However, during a press briefing at SC16, NVIDIA founder and CEO Jen-Hsun Huang also said creating computing that helps companies build products is “a many billion dollar opportunity.”

NVIDIA’s graphics processing units (GPUs) and architecture have proven to be adept at tasks needed to develop artificial intelligence (A.I.) and, specifically, deep learning, like quickly finding patterns in very large, unstructured data sets. In that respect, manufacturing isn’t that different from the medical industry as data from the Internet of Things (IoT) continues to accumulate similar to patients’ medical records. Just as computing power can be used to mine health care data to improve diagnosis and suggest different treatment options for different people, A.I. can be used to improve product designs and suggest product options for different users.

“Enterprise is sometimes said to be slow to adopt A.I., but the parts of companies that are developing products are moving fast,” Huang said. As design engineers are tasked with developing more complex products faster, Huang expects them to increasingly turn to A.I. for suggestions that speed design iterations.

There are a number of obstacles to increasing advanced computing use in the enterprise, including amassing enough data, labeling that data so A.I. can categorize it and, perhaps most challenging: training company stakeholders on how to implement A.I. According to Roy Kim, Director of Accelerated Computing at NVIDIA, over the past two years the company has gone from 1,000 to 20,000 enterprise inquiries about training for deep learning and A.I.

The work of simulation and design consultancy, LCS-FAST, was on display at the SGI booth. Computational fluid dynamics (CFD) was used throughout the Elemental RP1 car’s development including what it says is the world’s first 5th order accurate transient simulation of a whole automotive car. It was promoted as the world’s most aerodynamically advanced track car.

Obviously, the easier it is to implement A.I. and high-performance computing solutions, the faster they will be adopted by industry. Democratization of advanced computing was the goal of SC16 announcements from both AMD and Intel as they embraced an open mantra.

A presenter explains how NASA’s Pleiades, one of the world’s most powerful supercomputers, was used to create a CFD database for booster separation on the Space Launch System (SLS), a heavy-lift launch vehicle.

Intel is expanding upon its Intel Scalable System Framework (Intel SSF), an architectural approach intended to simplify the procurement, deployment and management of HPC systems. At SC16, the company announced Intel HPC Orchestrator, “a software platform that HPC system builders, application developers and end users can use to gain efficiencies in the setup and management of systems, enable testing at scale and simplify deployment for users,” according to an Intel press release. Intel HPC Orchestrator is a customizable platform that is said to support traditional HPC workloads, as well as emerging uses such as machine learning, high-performance data analysis and autonomous driving.

The fact that OEMs are rolling out advanced computing solutions to manufacturing is a good sign that industry democratization efforts are gaining momentum. This was Dell’s first SC conference since its $60 billion merger with EMC. Ed Turkel, HPC Strategist for Dell EMC, said the merger allows Dell to pursue a broader marketplace.

“EMC is an entry point to manufacturing customers,” he said. “It’s a huge opportunity to expand the business.”

Turkel said large manufacturers are no strangers to HPC, but mid-sized manufacturers have not been getting its full benefits. The new Dell EMC HPC System for Manufacturing is designed to provide a validated solution for large, small- and mid-size manufacturers looking to make the leap to HPC. The pre-configured solution was created specifically to deliver the capacity and performance required for computationally intensive workloads, including those involving widely used computer-aided engineering (CAE) tools like ANSYS Fluent, ANSYS Mechanical, SIMULIA Abaqus, MSC Nastran, NX Nastran, LSTC LS-DYNA, and Siemens PLM Software’s StarCCM+, among others.

Learn more about Dell EMC’s vision for the future of manufacturing from Michael Dell in his Dell EMC World presentation below.

Computing technology is moving very quickly, so quickly that many companies are having a hard time keeping up. Learning how to harness HPC, A.I. and deep learning to produce more complex, innovative products faster will take time as work cultures, IT infrastructure and workflows gradually shift. The supercomputers on the Top500 list are impressive, but their computing power remains out of reach for the majority of companies. It’s the more accessible advanced computing solutions that will have the most profound effect on manufacturing as vendors offer options, training and support to meet the needs of small- and medium-sized businesses.