A new class of desktop 3D printers marries the consistency and flexibility of expensive large-scale printers with the accessibility of consumer-based offerings.

A new class of desktop 3D printers marries the consistency and flexibility of expensive large-scale printers with the accessibility of consumer-based offerings. 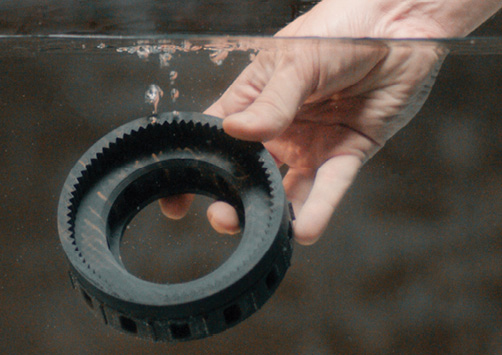 From the very beginning, our mission has been to accelerate the world’s transition to local manufacturing and digital distribution. Our passion is to deliver a 3D printing system that...
Ultimaker
Company Profile

Like most industrial players, EWIE is actively exploring how to channel emerging digital technologies to transform the way it does business. The company, which delivers commodity management services for cutting tools, abrasives and other industrial supplies, zeroed in on the potential for localized 3D printing to reimagine its spare parts supply chain.

Instead of housing, managing and shipping parts such as gripper fingers and gauging around the country to various players in the aerospace, automotive and medical industries, the company’s plan is to install 3D printers at key local sites and produce spare parts on demand. By turning physical stock into a digital parts inventory, EWIE’s newly formed Azoth division sees plenty of opportunity for delivering cost savings and efficiencies to its supply chain.

For Azoth to make good on the proposed business model, the company sought reliable, industrial-grade 3D printing capabilities that were a cut above consumer desktop offerings yet free from the cost and complexity of traditional large-scale industrial 3D printers.

“A $100,000 industrial system is just not realistic to put into each one of our local facilities—we needed an industrial-grade desktop printer at a more affordable price,” explains Cody Cochran, key account manager at Azoth, which is currently building out its on-demand production service using the RIZE One 3D printer. “We also need a system that provides consistent quality and is low maintenance because the team at the local site might not be incredibly versed in 3D printing, post-processing and troubleshooting of machines.”

Azoth and other companies are finding their requirements met by an emerging category of professional-grade industrial 3D printers that marry the accessibility of first-generation desktop units with the consistent quality and material flexibility afforded by more expensive, production-grade offerings.

The category includes companies like RIZE, Makerbot, Ultimaker, Roboze and Aleph Objects. Their latest offerings bridge the gap between industrial and desktop 3D printing by combining professional capabilities like extensive high-grade material choices, dimensional accuracy and repeatability and reliability with ease-of-use capabilities such as click-to-print functionality and less labor-intensive and messy post-processing work.

“As the market exploded, the types of users buying [desktop] printers changed from hardcore techies and makers to professionals and school teachers who use the 3D printers on the job, and with that, the needs changed,” says Dave Veisz, vice president of engineering for MakerBot, a pioneer in the consumer 3D printer market, which just recently released Method, an industrial-grade desktop model.

“The need has transitioned from a do-it-yourself (DIY) kit to something that comes fully assembled out of the box and can print high-quality parts,” Veisz adds. “In the workplace, you are paid to be in the workplace and you need to produce. There isn’t a lot of time for tinkering or coming in the next day only to find that a print job failed.”

Industrial-grade functionality for the RIZE 3D printer portfolio comes via its proprietary augmented deposition technology, a patented hybrid approach that combines extrusion and material jetting. A specially formulated release agent is jetted between the layers of the extruded material, which allows support structures to be easily and cleanly removed without relying on messy and complex post-processing work and while maintaining a professional-grade surface finish, explains Kishore Boyalakuntla, RIZE’s vice president of products.

The jetting technique also allows for graphics, text and digital tracing materials to be indelibly marked on any part surface. It helps address concerns about intellectual property (IP) protection, which is critical for industrial-grade 3D printing applications, he says.

In addition to the patented hybrid approach, the RIZE One system incorporates an array of other industrial-class features, including a heated build chamber to ensure parts are printed consistently with dimensional accuracy and that layers adhere properly. The system also features additional patented technology that keeps the print bed level, a design choice intended to ensure a high print success rate.

“Having a level print bed is absolutely essential to creating good quality parts, and as a user, you never have to worry about it,” explains Boyalakuntla, who says that’s not often the case with consumer-oriented desktop 3D printers. “A lot of people find out that with prosumer printers, the success rate of printing a part is low.”

Expansive materials options are another element that sets industrial-grade 3D printers apart from past desktop offerings. In RIZE’s case, the company’s Rizium One thermoplastic polymer filament is designed for high strength, but it also absorbs little moisture, which leads to higher quality parts that don’t expand or change shape depending on the operating environment, officials say.

Ultimaker also focused on the importance of material choices as part of its development work for the Ultimaker 3 and newer S5 3D printer offerings. Instead of the printer manufacturer being responsible for offering a full suite of industrial-grade materials, Ultimaker opted for a more open filament system, partnering with major chemical giants.

This collaboration ensures that the Ultimaker 3D printer family supports popular third-party, industrial-grade materials, but also that they deliver print profiles to ensure consistent and accurate results optimized for the specific material properties, according to Paul Heiden, Ultimaker’s senior vice president of product management. The company most recently added a trio of new alliance partners, including Essentium, eSun and Polymaker.

“If you don’t have a good print profile, print reliability falls back to 50%,” he explains. Typically, it can take up to six months to create such a profile, but working with its partners, Ultimaker was able to shrink print profile development time down to a couple of weeks. Ultimaker started relationships with the 10 largest chemical companies, and its partner alliance now has up to 80 members, Heiden says.

This ease of use, coupled with minimal post-processing requirements due to the printers’ water-soluble supports, ensure that Ultimaker 3D printers are well-suited for what Ultimaker sees as the breakout 3D printing application: localized digital production, where the digital tool path travels instead of the part, Heiden says.

“Companies are creating competency centers where they create toolpaths for thousands of parts,” he explains. “But the actual 3D printing takes place where people have less CAD and material knowledge.”

The ability to 3D print industrial-grade parts and post-process them quickly is one of the key requirements for HMS Industries, which is starting to incorporate RIZE industrial 3D printers into its workflows, according to Barry Aikens, vice president for the tool and die metal stamping shop. 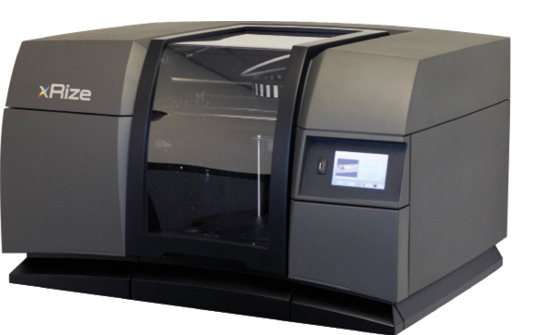 Among the industrial-grade features of the RIZE One printer are a heated build chamber and automatic filament swap. Image courtesy of RIZE.

Prior to the RIZE class of industrial desktop 3D printers, HMS wasn’t willing to invest the capital or deal with the chemicals associated with large-scale, production class 3D printers, Aikens says.

“Other printers required us to take extra material off a part, dip in a solution and spend hours on [post-processing] depending on the part size,” he explains. “With RIZE, the supports snap away and you have a ready-to-use part with no chemicals and no wait times.”

Although breadth of materials and ease of post-processing are hallmarks of the latest industrial-grade desktop printers, other capabilities also set this class apart from consumer offerings. Roboze, which offers a family of commercial-grade desktop 3D printers, touts its beltless handling system and Z-axis capabilities that employ a C7 ball screw to enable its precision accuracy of up to 0.025 mm, says Alessio Lorusso, the company’s CEO.

“This rack-and-pinion design is not subject to wear, so you are assured repeatability and precision on parts,” he explains. The extruder has also been designed and built in stainless steel to ensure longer service life.

MakerBot, which got its start in the hobbyist 3D printer world, built its recently released Method offering with Stratasys technologies (MakerBot was acquired by Stratasys in 2013). The Method boasts heavy-duty construction to produce better part accuracy and fewer failures, including a structurally optimized metal frame and a dual-performance extruder system.

A circulating heated chamber controls the temperature of each part layer during the duration of the print process, resulting in better quality parts than those produced on a heated build plate of consumer offerings. Dry-sealed material bays keep material free of damaging humidity, and there are sensors that ensure that material is kept in an optimal environment—a feature previously available on more expensive, higher-end industrial printers.

At the same time, the Method ushers in key usability features like dissolvable supports, remote monitoring and printing, and automated material loading so users don’t have to mess around with the dual extruder system.

“There are a lot of system-level things that contribute to what at the end of the day is important for engineers and that is, finished part accuracy,” says MakerBot’s Veisz. “The whole goal here is to bring the best of both worlds to engineers.” 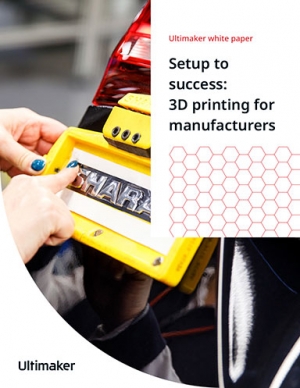