This update includes the addition of SimSolid, Altair’s powerful software for structural analysis of complex assemblies.

This update includes the addition of SimSolid, Altair’s powerful software for structural analysis of complex assemblies. 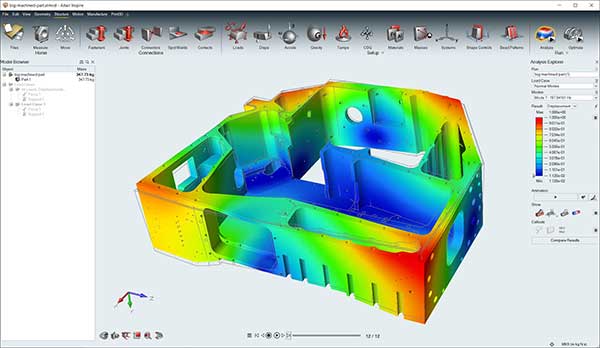 Complex solid parts can be analyzed in Altair Inspire without removing any geometrical features. Image courtesy of Altair.

What is Pedestrian Wind Comfort (PWC)?
This paper addresses the topic of pedestrian wind comfort, from origin and definition to wind...
Simulate Resources

Altair introduces an update to Inspire, its popular software for simulation-driven design. This update includes the addition of SimSolid, Altair’s powerful software for structural analysis of complex assemblies.

Altair says this update to Inspire is intuitive to learn and runs on standard laptops and workstations already used by designers and engineers; an upgrade to top-of-the-line graphics processing units is not required.

Simulation is traditionally done at the end of the design cycle, and is used to test one specific design. By moving simulation upfront into design, multiple possible design solutions can be tested, with the best moving forward. 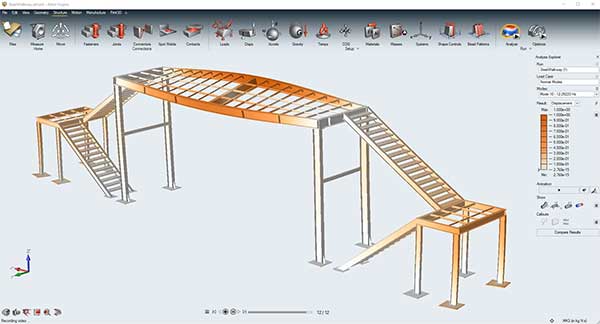 Results of a modal analysis on a 400 parts assembly in Altair Inspire, solved with the speed and accuracy of Altair SimSolid. Image courtesy of Altair.

Design changes can be made directly on models inside Inspire, without reverting to the original CAD system. Interactive modifications such as geometry edits, dimensional changes and part replacements can be immediately reanalyzed inside Inspire.

Multiple design variants can be easily created and modified within Altair Inspire without the use of a CAD tool. Image courtesy of Altair.

The use of simulation is no longer about specific roles in the organization, says Altair Chief Technology Officer James Dagg, but has become about “when and where it features in the process. Instead of employing it purely for validation at the end of the cycle, Inspire enables users to test more alternatives at the earliest opportunity.”

The 2020 update to Altair Inspire is now available directly from Altair.

A set of videos introducing new features is available here.

SimSolid remains available to users as a stand-alone solution.