BETA says NEERE is secure and enterprise-ready. It integrates tightly with the pre- and post-processing BETA applications ANSA, META, and META VR. Unlike other collaboration environments designed for the wider enterprise, NEERE is built by one of the oldest engineering simulation companies and is designed specifically for engineering.

NEERE can be used for remote workstation access, allowing an engineer to connect to their workstation back at the office, allowing access to BETA CAE applications. All data transmissions are fully encrypted, and there is no data transmission outside the company’s private network. BETA says NEERE has low system requirements, makes minimal use of bandwidth, and is easy to maintain. As a web-based application, users can be on any computing hardware, including mobile devices. 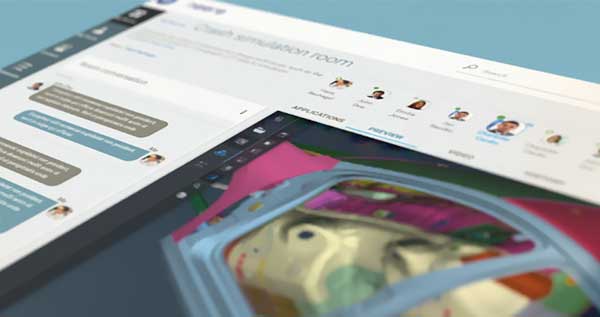 BETA CAE Systems says, “NEERE is the answer to our clients’ need for a straightforward and easy to use solution to collaborate with their peers around the world. It is mainly developed to facilitate collaboration between CAD/CAE engineers by giving access to BETA applications. Additional screen sharing functionality extends its use to any professional who wants to securely collaborate with peers.”

NEERE is now available directly from BETA CAE Systems. A free preview version, run by BETA on behalf of the customer, is available for testing.