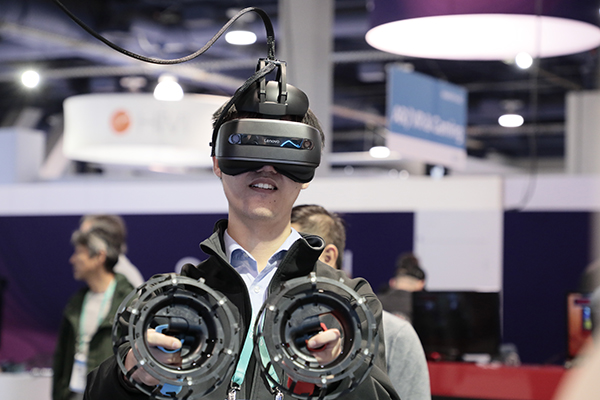 If what attendees saw at CES 2020 is the direction of the future, the boats, cars, and trucks you are driving now, may soon have the ability to respond o your verbal commands and drive themselves, thanks to AI. 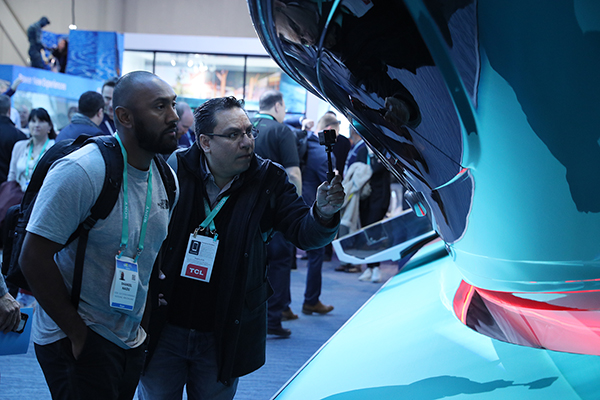 At CES 2020, attendees take a close look at the automotive products on display. Image courtesy of CES.

“At CES this year, we are excited about AI and applications of machine learning in our product design. We are focused on speech recognition and object detection using computer vision. We’re looking at embedding these into our products,” said Troy Kollman, director of Brunswick innovation center.

Blackberry, the name closely associated with the once-dominant handheld personal schedulers and organizers, is making a comeback, as part of the autonomous vehicle sector.

“We’re showing some new, cool technologies in the automotive sector. We have safety-certified OS, with a large set of features on top of that, we’re showing Cylance integration, which is a machine learning company, and we’re working with AWS in the automotive context,” said Charles Eagan, CTO, Blackberry Ltd.

Blackberry’s loss of marketshare in the personal handheld device sector was largely related to the emergence of Android- and iOS smart phones. The company has recently refashioned itself as an enterprise security tech company, focussing on security for mobile devices, embedded systems, networks, and endpoint devices. Autonomous vehicles is a relatively new market for Blackberry.

More details on Siemens and ARM

Also at the show, Siemens spokespersons explained the logic behind the partnership between Siemens and ARM.

“With ARM processor IP on Siemens’ PACE 360 simulation platform, it helps automotive manufacturers and suppliers to start developing next-gen automotive platform to intersect the road maps of 2025 and 2026,” according to David Fritz, global technology manager, Autonomous and ADAS, Siemens.

“The next generation in automotive is going to have a lot of high-compute electronics. We’ve used similar techniques to validate integrated circuits (ICs) in the semiconductor industry. In partnership with ARM. At CES we announced our plan to create a digital twin of the vehicle so they are functionally safe and can be validated before they hit the road,” said Siddharth Viswanathan,  Account Technology Manager, North America, PAVE360, Siemens.

The Ray Optics module lets you analyze wave and particle dispersing behavior, using ray bouncing as movement paths. You can release near or far field waves and visualize their travel path and interactions.

It also includes new PLY and 3MF format exports to support additive manufacturing (AM), new tools for editing 3D scanner-acquired models and 3D printable formats, a new solver in the acoustics module to tackle larger models that demand more computation, and much more. 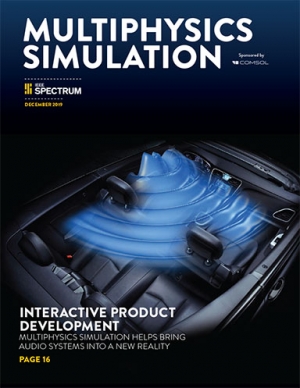 Multiphysics Simulation Illuminates the Future
Multiphysics simulation is used to improve existing technologies, as well as create completely new ones.
COMSOL North American Conference Will Be Held Online
October event will be virtual for the first time; company announces call for submissions.
Sponsored Content
Enabling Simulation-Driven Design
In our latest podcast, Digital Engineering talks to COMSOL's Phil Kinnane about democratization of simulation.
Modeling the Spread of COVID-19
COMSOL has simulate the spread of COVID-19 in three regions using multiphysics software.
COMSOL Server™
COMSOL Server™ provides a web-based software to upload and manage simulation apps for an organization and enables collaborators to run simulations via a web browser or thin client — on any hardware, including phones and tablets.
COMSOL Compiler™
COMSOL Compiler™ is a product for compiling apps built in the COMSOL Multiphysics® software into standalone executable files. A compiled app can be run by anyone without the requirement of a COMSOL® software license.
COMSOL Company Profile