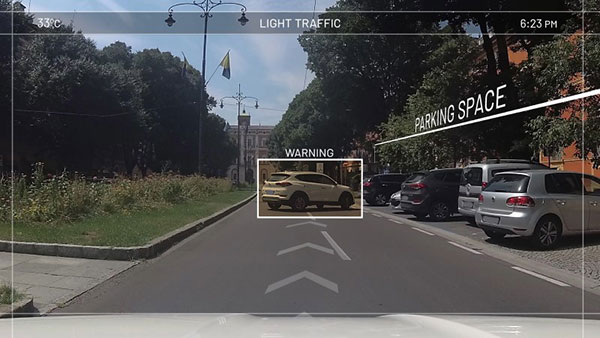 Allowing the execution of big-data analytics under real-time constraints, the CLASS software architecture provides a solution to the problems of managing large amounts of complex data (pedestrians, traffic, vehicles, etc.) in real time. Data-in-motion and data-at-rest analytics are integrated into a single development framework, which works with real-time guarantees.

“It’s thrilling to see our technology powering the smart city use cases which will make our urban areas safer and less congested,” says Eduardo Quiñones, senior researcher at the Barcelona Supercomputing Center (BSC) and coordinator of the CLASS project. “Thanks to its capacity to process big data analytics under real-time constraints, the CLASS framework is a significant step towards making safe connected vehicles a reality.”

“With the MASA, the city of Modena is combining the proud Italian tradition of high-end cars with the needs of modern smart cities,” says Luca Chiantore, manager of the department of Smart city, demographic services and participation of the Modena City Council. “We are delighted to be testing out the most innovative smart-city technologies, paving the way towards a truly responsive urban area which will improve quality of life for all citizens.”

The first outcomes of this smart city use case resulted in different applications, which will improve the traffic and pollution conditions of modern urban environments.

All the software architecture components have been defined and are available to download on the dedicated CLASS GitHub channel. h

A Real Smart City Use Case in Modena

The CLASS software is being evaluated in the Modena Automotive Smart Area (MASA), a real urban laboratory in the city of Modena. Data is already being generated and collected from IoT devices and sensors located in the MASA and on the high-tech equipped Maserati cars.

Initial tests started generating a knowledge base with combined information of the city and the cars, upon which the following advanced smart city applications are being implemented:

CLASS (Edge and Cloud Computation: A Highly Distributed Software for Big Data Analytics) is a European funded project, which started on January 1, 2018, and ends on December 31, 2020. Coordinated by Barcelona Supercomputing Center (BSC, Spain), the project brings together a multidisciplinary consortium composed by all stakeholders needed for the development of business innovations using real big-data including vendors from the ICT industry such as Atos Spain S.A. (Spain) and IBM Israel, users across different smart city domain sectors including private and public organizations such as the Comune di Modena (Italy) and Maserati SPA (Italy) and researchers such as the Universita degli Studi di Modena e Reggio Emilia (UNIMORE, Italy). Further information can be found on the project website: www.class-project.eu.

The project has received funding from the European Union’s Horizon 2020 research and innovation programme under the grant agreement No 780622.