Custom bike builder sees gains in simulation and rendering with the new NVIDIA RTX A6000 GPU.

Custom bike builder sees gains in simulation and rendering with the new NVIDIA RTX A6000 GPU. 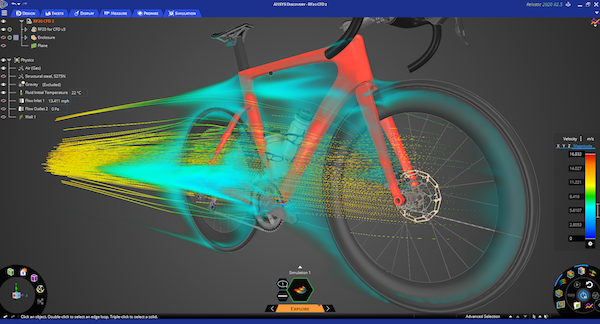 A simulation of airflow around the new RF20 bicycle done in  Ansys Discovery Live. Image courtesy of Predator Cycling.

As powerful as modern GPUs have become, it can be difficult for many end users to imagine how much more performance they can really gain from an upgrade. When the team at Predator Cycling in Mt. Juliet, TN, were approached by NVIDIA to preview the new NVIDIA RTX A6000 GPU, co-owner Aram Goganian was skeptical that he would see much improvement.

“I did not think things could get faster,” he says. “We had been using an NVIDIA Quadro RTX 6000 for a while, and I really did not think I needed more GPU power. We got the A6000, and the performance improvement has been unbelievable. We can solve for larger meshes and get better results, and we are able to multitask while we are running simulations, which we could never do before.”

Predator Cycling is a custom bike manufacturer that specializes in custom composite bicycles. All of the products are made in-house, and Predator even manufactures its own tooling and molds on site. 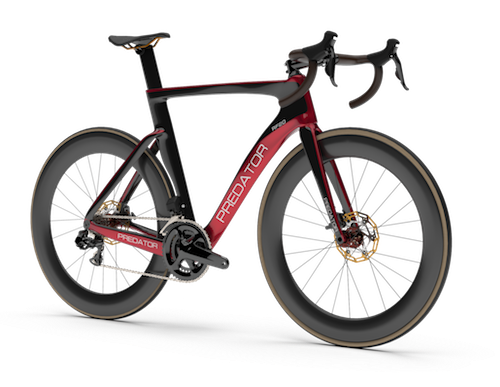 A render of the RF20 bike done in KeyShot. Image courtesy of Predator Cycling.

Predator does CFD simulations for pre-design models using Ansys Discovery Live. Models are designed in Autodesk Fusion 360, then go back to Discovery Live for validation. The company uses ANSYS Mechanical for composite simulation and ANSYS Fluid for CFD validation of the final design.

They also use Luxion KeyShot for renderings. The improvements in KeyShot were even more dramatic, with 2x to 6x performance improvements. “That was the biggest jump we saw in terms of speed. The raw power of the A6000 is incredible,” he says. 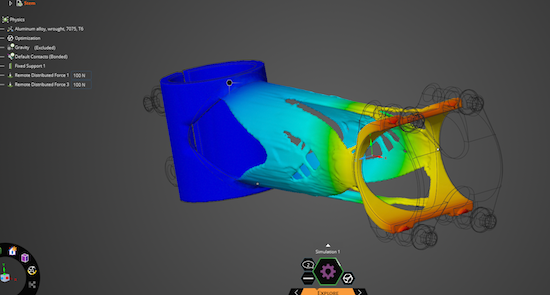 The use of the RTX A6000 allows Predator Cycling’s team to multitask—working in Ansys Discovery Live, Autodesk Fusion 360 and other applications simultaneously. Image courtesy of Predator Cycling.

The RTX A6000 GPU has been in place for about a month, and Goganian reports it has opened up new possibilities for the company. “We are not thinking as small when it comes to simulations,” he says. “Instead of just simulating a small section of bicycles, we can throw the entire model in there, every component and mesh the whole thing.”

“With Ansys, Discovery Live used larger and larger meshes when we switched over,” Goganian adds. “The actual compute time was about the same, but the meshes were 5GB bigger, so we were computing much larger files in the same amount of time.”

Multitasking is also now possible. “I can run Discovery Live while I have Fusion 360 open for modeling, and screen share on Google at the same time with no drop in performance,” he says. In that case, Goganian was on a call with a client, and was able to show them a simulation in real time via screen sharing. “I could not explain what we were doing clearly enough, so I just showed him the simulation live on the screen and it worked,” he says.

The NVIDIA RTX A6000. Image courtesy of NVIDIA.

The RTX A6000 was officially rolled out at the NVIDIA GTC virtual conference in early October alongside the NVIDIA A40 GPU. The GPUs are built on the Ampere architecture and feature new RT Cores, Tensor Cores and CUDA cores that can accelerate graphics, rendering, compute and AI significantly faster than previous generations.

According to NVIDIA, both new GPUs benefit from the following features:

RTX A6000-based workstations are expected in 2021 from leading OEMs.