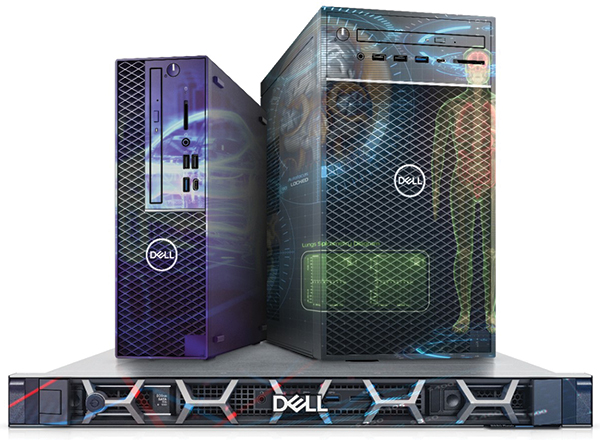 Ever since the first desktop computer hit the market in 1960—the DEC PDP-1 for $125,000—computer vendors have made it a priority to build single-user desktop computers for professional scientific and technical applications. The hardware and software have changed drastically over the decades, but the nature of the marketplace is the same. Buyers still look for the best ratio of price vs. performance while placing a high value on reliability and suitability for purpose.

The sweet spot for the entry-level market segment is the design user who does a mix of 2D and 3D work in products like Dassault Systèmes’ SolidWorks or Autodesk AutoCAD or Revit.

“Depending on one’s CAD workflow, less can be more,” says Chris Ruffo, who manages Lenovo’s architecture and engineering workstation team. “A SolidWorks user in wireframe mode doing small to mid-sized CAD assemblies will perform just as well on an entry-level workstation as on a more sophisticated workstation.”

Workstation customers all have “specific optimized workflows,” Ruffo says, it is just a matter of “channeling the right workstation to the right need. The most important thing in CAD is clock speed.”

An entry-level workstation today might have the ability to drive 8K monitors, multiple 4K monitors or 10-bit color, features available only at the high end of the market a couple of years ago, says Bill Ma, senior product manager for professional graphics at AMD. “Workstations have definitely changed over the years, but only in that they evolve to meet customer needs,” he adds.

There is great value in ensuring a workstation is suitable for every task its user may need, like rendering. Two years ago, a photorealistic rendering on a typical entry-level workstation might have run for three hours, says Chris Ramirez, strategic alliances manager for Dell Workstations. “Now with real-time rendering and denoising, it is nearly instantaneous.”

Budget is a Relative Term

The difference between entry-level and other segments is based on the CPU and graphics processing units (GPUs). An entry-level workstation comes with 1 CPU that is either an Intel Core-I or AMD Ryzen Threadripper. These workstations are optimized for high-frequency single-threaded applications, which include most CAD and engineering software. Workstations with dual CPU sockets are not targeted to the entry-level market, and often ship with Intel Xeon CPUs instead of Core-I.

“I can build a $10,000 workstation with dual Xeons or a $5,000 workstation with a single i9; the Core-I will run circles around the Xeon” when running SolidWorks or Autodesk Revit, says Randall Copeland, CEO of Velocity Micro. If you need to do a lot of visualization, Copeland says “an AMD Threadripper is the best workstation [CPU] you can buy.”

“There are a number of ‘budget’ configurations, driven by different applications,” notes Robert Bragaglia, CTO of @Xi Computer Corp. “The intended application and the class of CPUs are the primary factors. Socket count is also a factor to a lesser degree.”

“For our purposes, the Dell Precision 3630 is our entry level for 3D or complex 2D,” says Ramirez. “A SolidWorks user just wants maximum frequency. They aren’t looking for ‘entry level;’ they are looking for the best system for their workload.” The Precision 3630 is available with a choice of Intel CPUs, with the most popular one at the moment being the i7-9700K. It runs at 3.6 Ghz as-is or up to 4.9 Ghz when overclocked. 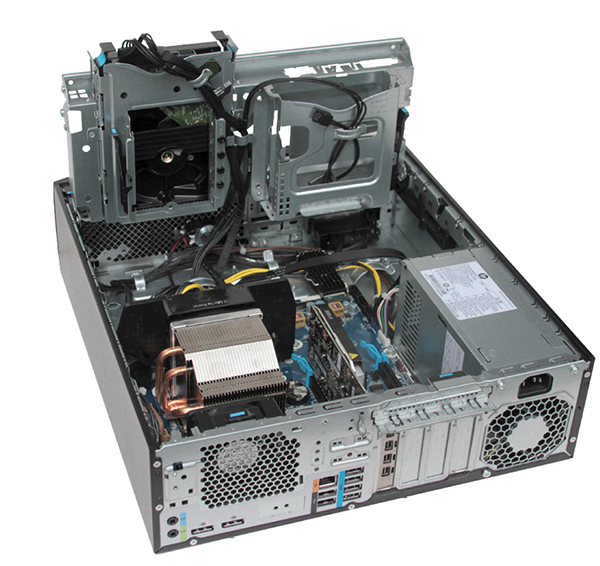 There are more choices in the market today for case size, also called form factor. All workstation vendors offer the traditional desktop tower, while some offer slimmed down towers and a third variation known as small form factor (SFF). The larger units can be upgraded after purchase, while the SFF generally is bought without expectation of upgrade.

The HP Z2 SFF G4 workstation is typical of this new breed of very small workstations. It measures 13.31x15.0x3.94 in. (WxDxH) and weighs slightly less than 14 lbs. Digital Engineering Contributing Editor David Cohn reviewed the Z2 G4 when it first came out: “It packs a lot of power for its size” (see digitalengineering247.com/r/21787).

Lenovo notes that “power is shifting to smaller form factors,” says Bill Martin-Otto, Lenovo’s senior performance manager for workstations. “CPU frequencies at this [entry] level continue to go up, which helps a lot of CAD users.” It is not uncommon for users to start with CAD, but then be asked to do more visualization work. They might stick with their initial GPU such as the NVIDIA Quadro P1000 or the AMD WX 3100, but most vendors are now offering more powerful GPUs at the entry level.

The most commonly mentioned GPUs in our interviews were the NVIDIA RTX line of GPUs and the AMD Radeon Pro WX line. The NVIDIA RTX line offers a real-time ray tracing engine and contains architecture suitable for deep learning tasks. The AMD WX line has models optimized for large scale complex modeling and rendering.

A few vendors, including Dell and HP, also provide workstations as rack-mounted units. “If a company does not want all the data sitting underneath the desk, with all that heat and noise,” Ramirez says, Dell has 1U racks in its Precision workstation line. “Buy a 42-rack, slide in 42 units and you have 42 engineers running as if their computer is under the desk but with the extra security of being the data center,” he adds.

Hardware specifications are a major distinction between workstations and computers for the home and office market. Another is certification. All workstation vendors work with the leading engineering software companies to gain their certification.

“We have to explain all the time to our smaller customers why they should buy instead of build,” says Ramirez. “Was that extra $100 you saved worth it?” The conversations are around the value of certification and the critical importance of the work.

“Do-it-yourself boxes are not certified,” says Cassidy Lammers, worldwide marketing manager for workstations at Lenovo. “ISV [independent software vendor] certification is crucial; the software is the crucial part of an engineer’s workflow.”

There is another aspect to a close tie between workstation and software vendors, says @Xi Computer’s Bragaglia. When software is updated, it may not run at peak performance on an outdated workstation.

“The right time to upgrade is when old technology slows down the workflow due to its inability to handle the requirements of the updated applications,” he says. “It is also best to upgrade when a new product cycle is readily available that provides a higher level of performance.” 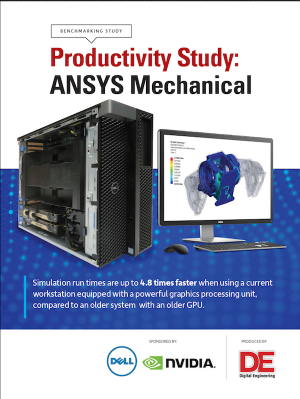 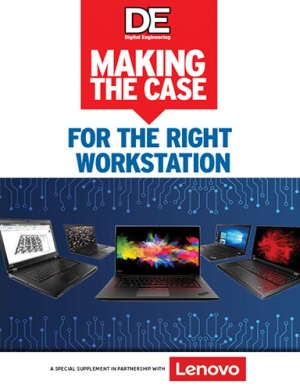 Making the Case for the Right Workstation
Whether it's an engineer designing bridge structures on a major infrastructure project or a developer coding the next big video game release, the workstation is the epicenter of the workday and a barometer for employee productivity.
Autodesk discusses partnership with ANSYS at AU 2019, offers free generative design tools, more
Autodesk and ANSYS affirm partnership, Autodesk offers free generative design tools, React Robotics design in Fusion with Lenovo workstations, more
Is AR/VR Ready to Go Beyond Visualization?
Storytelling is the dominant use of mixed reality devices at present, but may change in the future.
Mobile Workstations Continue to Rise
Demand is driven by the desire to have as much computing power as possible at hand 24/7.
The Rise of Data Science Workstations
NVIDIA’s new hardware is making it easier for organizations to process data right on the desktop, as engineers are being drafted into data science roles.
Are You Ready for Extended Reality (XR)?
Identifying the right use case is key to getting the most out of enterprise augmented reality.
Lenovo Company Profile