Blender 3.0 Takes Support for AMD GPUs to Next Level

For Blender users worldwide, AMD has some developments to share about its graphics card support.

For Blender users worldwide, AMD has some developments to share about its graphics card support. 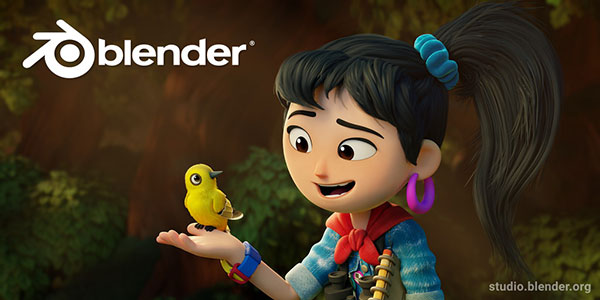 Blender 3.0 was announced with some rewrites to the rendering engine Cycles (aka Cycles X). Image courtesy of AMD.

For Blender users worldwide, AMD has some developments to share about its graphics card support. Blender 3.0 was announced with some rewrites to the rendering engine Cycles (aka Cycles X). This removed OpenCL support for rendering on AMD GPUs for technical and performance reasons. To help address this, AMD has been working very closely with Blender to improve support for GPU rendering in Blender using the AMD HIP API, to ensure users of AMD graphics cards can take advantage of all enhancements found in Cycles X.

Previous versions of Cycles, Blender’s physically-based path tracer, supported rendering via the OpenCL framework. OpenCL is a C-based programming language that allows running programs on many GPUs, which support it. Moving forward, AMD's partners at Blender plan to merge the separate OpenCL code with the C++ CPU and CUDA rendering code. With Cycles X, Blender is seeking to compile a single codebase that could be used on all the different devices Cycles can render on, including AMD graphics cards.

AMD has an open-source solution for developers. HIP (Heterogeneous-computing Interface for Portability) is a C++ runtime API and kernel language that allows developers to create portable applications for AMD and NVIDIA GPUs from a single source code. This allows the Blender Cycles developers to write one set of rendering kernels and run them across multiple devices. The other advantage is that the tools with HIP allow easy migration from existing CUDA code to something more generic.

AMD has been working closely with Blender to add support for HIP devices in Blender 3.0, and this code is already available in the latest daily Blender 3.0 beta release.

To use this with a supported AMD graphics card, an updated AMD Radeon Software driver is needed. AMD is releasing a beta driver for users who wish to test out our support for Cycles X in the latest Blender 3.0 Beta Windows release. As this is a beta release of the driver and Blender 3.0, AMD's support for Cycles X is currently in preview. Blender 3.0 is expected to be launched in December, according to AMD.

In addition to AMD's continuing support of the Blender Development Fund, AMD will continue contributing code to Blender development to benefit users and improve their workflows and experiences.